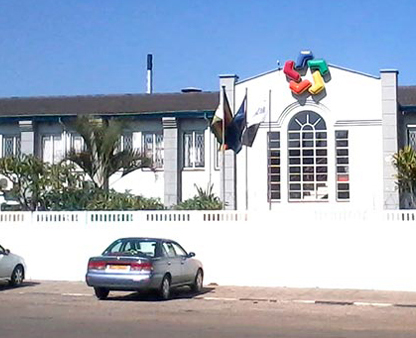 ASTRA Industries has reported a 24 percent growth in profit after tax to $2 million for the year ended December 31 buoyed by higher volumes in paints division.
Revenue for the group lowered by 19 percent to $32,2 million compared to $39,6 million in the prior year.
Astra said its partnership with South African company Kansai Plascon Africa Limited (KPAL), which owns the Plascon brands, had helped push volumes in the paints division.
Sales volumes for paints division was up by 28 percent while imports of finished products impacted negatively on chemicals volumes which declined by five percent.
“The chemicals division’s volumes declined by 5 percent, largely due to difficulties faced by the manufacturing sector in Zimbabwe, which resulted in most of its key customers resorting to importing finished products,” the group said in a statement accompanying its results on Friday.
Astra is considering delisting from Zimbabwe Stock Exchange because its shareholding structure violates ZSE listing rules which prescribe that at least 30 percent of issued shares should be held by the public.
Kansai independently owns 38.19 percent of the issued share capital of Astra. Hemistar is 51 percent owned by Astra Industries management and staff and the remainder is held by Kansai.
Following an offer to minorities in 2013, the top four majority shareholders hold 98.12 percent of all the issued shares in the company with KPAL and Hemistar Investments controlling 80.2 percent.
“The current shareholding structure does not accord with Rule 4.22 and 4.25 (d) of Zimbabwe Stock exchange Regulations.
“Accordingly the Board is considering to recommending the delisting of the company in terms of Rule 1.10E,” said the group.Advertisement