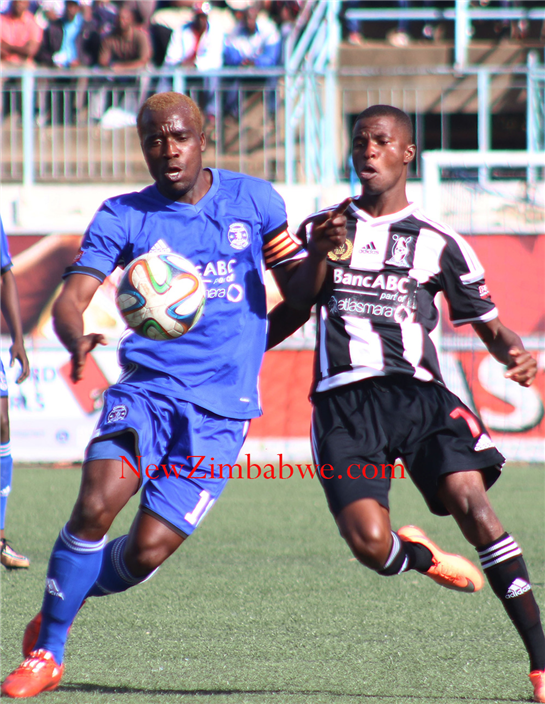 Dynamos 0-2 Highlanders
IN-Form teenage striker Prince Dube was the hero, scoring one and setting up another as Highlanders remembered how to win against Dynamos in the league after 10 years of trying.
Bosso went into the match desperate to break the long standing hoodoo against their eternal rivals, having last beaten them in the league way back in 2006, the same year they last won the championship under Methembe Ndlovu.
DeMbare, who wasted an avalanche of chances in the first half were made to pay when Dube, impressive all afternoon, got to the end of Knox Mutizwa’s calculated through ball to break the deadlock 12 minutes into the second half.
Lloyd Mutasa’s men continued to fluff gilt-edged chances and the visitors extended the lead with 14 minutes left on the clock.
Dube broke free on the right before sending an inch perfect cross to Bruce Kangwa whose header beat a badly exposed Mukuruva at the far post.
The Glamour Boys who dominated the match in terms of chances created, hit the woodwork three times as they failed to score at Rufaro in five matches this season.
In the first half Farai Mupasiri hit the crossbar from inside the box and, early in the second half, a substitute player hit the post after Arial Sibanda had palmed Murwira’s free kick into his path.
In the dying stages, Dynamos pressured for a consolation goal but the closest they got to getting one was when another substitute Kelvin Bulaji hit the post from an angle.
Highlanders coach Erol Akbay was elated with the victory.
“Every time when I win I feel happy,” he said.
“For Highlanders fans, it’s 10 years since we beat them (Dynamos) but for me today was just another league match, just a normal game.
“We had to try three different tactics and it worked. At the end of the game, we have three points – that’s the most important thing today.”

Regarding Dube, the coach said: “He is a more important player for us now.
“Every week he is scoring and today against Dynamos; for an 18-year-old, I am very happy about his performances,” he said.
For his part, Mutasa said the result was disappointing as his charges missed plenty of opportunities.Advertisement

“It’s a disappointing result. We created chances but could not convert those chances. But we hope to pick ourselves up after this defeat,” said Mutasa.