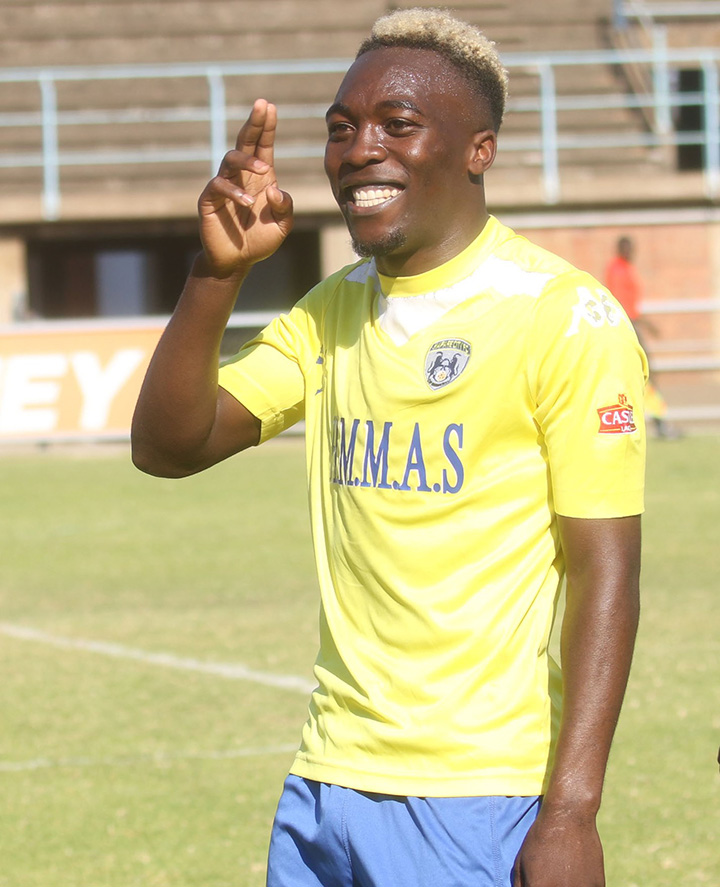 Two first half goals by Wilfred Muvirimi and competition all-time top scorer William Manondo decided a fiercely fought contest which Highlanders dominated albeit on a losing cause.

Bosso were unlucky not to have opened the scoring in the 10th minute after being awarded a penalty when Nigel Makumbe was fouled inside the box by Learnmore Muyambo.

The visitors were however, left wondering what could have been after Adrian Silla was denied from the spot by City goal minder Maxwell Nyamupanedengu.

Harare City grew into the match after the early scare and soon founder the opener in the 22nd minute after Muvirimi took advantage of poor communication between Ariel Sibanda and Tendai Ndlovu to poke in the opener.

Highlanders finished the first half strongly and with a bit of luck could have reduced the deficit but were left wondering what could have been after skipper Gabriel Nyoni miscued Tafadzwa Sibanda’s square pass with the goalkeeper to beat.

Bosso continued to dominate after the break and were yet again left cursing their luck after Brian Banda’s long-range strike beat Nyamupanedengu before coming off the upright post.

Harare City, who have won the cup competition twice remained disciplined for the remainder of the game to secure their fifth successive semifinals appearance in the Chibuku Cup.

“We are delighted to be in the semi-final it was a bit of a warzone out there. I though the first 35 minutes we had good control of the game. They had penalty which gave them an opportunity and they wasted then we got the two goals when we were in control,” Harrison said after the match.

Madinda Ndlovu was left ruing his team’s missed opportunity in the early stages of the match but said he was encouraged by their fighting spirit.

“Normally when youngsters get an opportunity get like the one we got in the early stages and you miss you are bound to have a torrid time to motivate them. But the fighting spirit was good and I am proud of the boys,” Highlanders technical manager Madinda Ndlovu

In the other semifinal clash CAPS United needed a penalty shootout to scrap past a fighting Chapungu played at Ascot Stadium yesterday.

The game had ended goalless in regulation time with Makepekepe wasting good opportunities to break the deadlock after Nigerian striker Abasirim Chidiebere and Wisdom Mutasa failed to convert from promising positions.

CAPS United gaffer Llyod Chitembwe was full of praises for his charges’ for maintaining their composure throughout the tricky encounter.

“Like I predicted, this was always going to be a difficult task for us and I am happy that we got a positive result. We created so many chances in both halves, but we did not score. We are going into the next stage and we cannot say we are going to be the eventual winners until we play in the last game.

“So, as it stands, we have to remain focused until the next game and also make sure that we win the remaining games in the league,” said Chitembwe.

Chapungu Rodwell Dhlakama said although he was disappointed with the result, their exit gives them an opportunity to focus on surviving relegation from the topflight league.

“Unfortunately, we lost and its part of football, but I think we would have loved to win this game.

“We can now shift our focus to the league and ensure we survive relegation and I hope the boys keep the fighting spirit in our remaining league games,” he said.