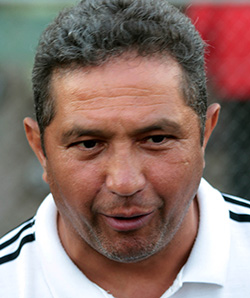 Highlanders 1-0 Chapungu
BULAWAYO giants Highlanders overcame a battling Chapungu 1-0 at Ascot Stadium on Saturday to close the gap as the championship race reaches a climax.
With league leaders FC Platinum succumbing to a 2-1 defeat against Moses Chunga’s Harare City at Rufaro Stadium, Highlanders coach Erol Akbay was the major beneficiary of that stumble as they closed the gap between them and the log leaders to just one point.
Bosso scored in the 88th minute through Prince Dube and the goal was enough to keep within the touching distance as they now have 50 points the same as Caps United who travel to relegation candidates Border Strikers at Dulivhadzimu Stadium on Sunday.
Saturday results: Ngezi Platinum 0-1 Tsholotsho, ZPC Kariba 1-0 Triangle, How Mine 0-0 Mutare City, Harare City 2-1 FC Platinum