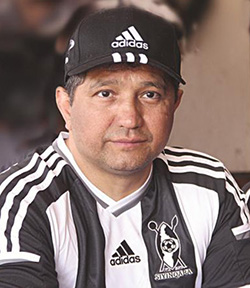 HIGHLANDERS staged a dramatic come back from to overcome old foes Dynamos in a Castle Larger Premier Soccer League match at Barbourfields Stadium on Sunday.
Dynamos had raced into the lead on 28 minutes, with former Bosso forward Masimba Mambare thrusting them into the lead to silence the Bosso faithful.
Highlanders fans had expressed bitterness with Mambare when he crossed the floor to join the Glamour Boys. And when he scored first for DeMbare there was tension on the pitch and in the stands.
Mambare had said, prior to the match, that he had a point to prove. But while he did come to the party, the lead proved temporary as Tendai Ndlovu cancelled out his goal with a 76-minute equalizer.
Three minutes later, veteran striker Ralph Matema scored the insurance goal to give Bosso maximum points and the bragging rights that come with winning such epic clashes.
With the victory, Highlanders ensured they completed a double over the Glamour Boys after they dismissed them 2-0 in the reverse fixture at Rufaro in May.
That victory at Rufaro was their first against the Harare giants since 2006 when they won the championship under Methembe Ndlovu.
By completing a double over them, Bosso have made a huge statement as the league marathon staggers towards the finishing line.