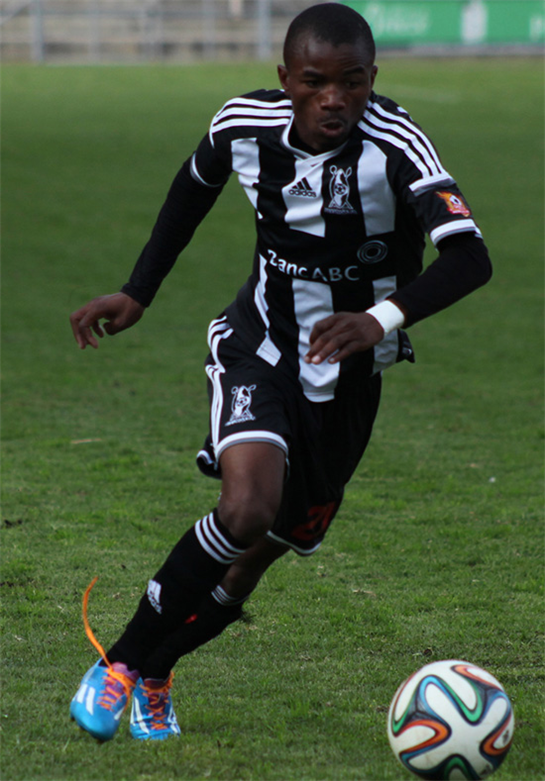 HIGHLANDERS return to Barbourfields Stadium this Sunday in the hunt for maximum points after two home losses when they host Harare City in a Castle premiership match.
The last two home matches have yielded 1-0 losses to Chapungu and Caps United, putting coach, Bongani Mafu, under massive pressure.
But Highlanders responded with a resounding 3-0 hammering of Flame Lilly in Harare on Wednesday.
That allowed them to move into fourth place with 13 points, one behind defending champions Dynamos who went down 1-0 to Whahwa on Thursday.
Bosso assistant coach Mandla Mpofu is hoping that their three strikers – all on target against Flame Lily – Thomas Chideu, Gabriel Nyoni and Obadiah Tarumbwa will come to the party again.
“We have been struggling to get goals but our strikers Thomas (Chideu), Oba (Obadiah Tarumbwa) and Gabriel (Nyoni) scored on Wednesday. So if we can do that at home, the better for us and the future will be good.
“Playing at home must be an advantage but when you lose the fans are not happy, so we are trying our level best to psyche up the boys to perform at home like they do away,” Mpofu said.
From four matches away this season, Highlanders have beaten Flame Lily, Dongo and Tsholotsho and lost once to ZPC Kariba. They won just once at home against Hwange and have lost twice in succession.
In other matches, log leaders Chicken Inn travel to ZPC Kariba on Saturday hoping to add more salt to injury after ZPC suspended its coach on Wednesday following a 2-1 loss to Harare City.
Saul Chaminuka was suspended for four matches, but effectively he has been fired, and has been replaced by juniors coach Obert Matava.
Assistant coach Godfrey Tamirepi was also shown the door and team manager Paul Chimalizeni will take his job.
Second placed Triangle host Whawha at Gibbo eager to maintain their 100 percent home start and second position on the log.
Caps United, unbeaten in two matches with four points, make the trip to Sakubva on Sunday to face Buffaloes while Hwange are at home to Flame Lily.
WEEKEND FIXTURES
Saturday: ZPC Kariba v Chicken Inn (Gwanzura Stadium), How Mine v Tsholotsho (Luveve Stadium), Chapungu v Dongo Sawmill (Ascot Stadium)
Sunday: Dynamos v FC Platinum ( Rufaro Stadium), Highlanders v Harare City (Barbourfields Stadium), Hwange v Flame Lily (Colliery Stadium), Triangle United v Whawha (Gibbo Stadium), Buffaloes v Caps United (Sakubva Stadium)Advertisement