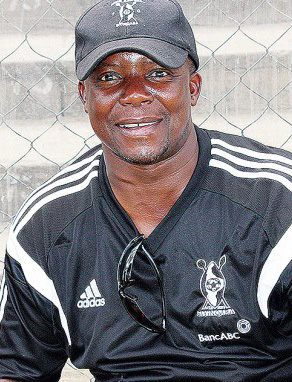 HIGHLANDERS will miss striker Thomas Chideu for Sunday’s big match against Dynamos at Rufaro as he is serving a two-match suspension.
Chideu was shown the red card in the last game against How Mine which ended in a 1-1 draw and will serve a two match ban.
Still, Highlanders coach Bongani Mafu says his players should be ready to break a nine-year jinx against the defending champions.
Highlanders last beat Dynamos in 2006, winning 1-0 at Rufaro and 2-0 at Barbourfields to win their last league title and lost both matches last season 1-0.
In cup competitions, Bosso last beat Dynamos 4-3 on penalties in the Independence Trophy final at the National Sports Stadium in 2011.
“We want to win against the reigning champions. But I want my players to play with a free spirit and to express their capabilities on Sunday.
“For Dynamos, they are under pressure to maintain that dominance over us so they will obviously come at us with new energy,” Mafu said Thursday.
With Chideu out, Mafu will have to bank on Obadiah Tarumbwa, the hard running Gabriel Nyoni and Knox Mtizwa, who scored the equaliser against How Mine.
Ageing midfielder Mthulisi Maphosa is back at training and is expected to pass a late fitness test ahead before the team leaves for Harare on Saturday.
On the other hand, Dynamos will be welcoming back the trio of Obey Mwerahari, Qadr Amini and Cliff Sekete to widen selection options for coach, David Mandigora.
Dynamos are winless in their last three encounters, having drawn 0-0 against Tsholotsho and 1-1 against Triangle at home before scrapping a 1-1 away draw to ZPC Kariba.
Highlanders are eighth on the log with 19 points, four off Dynamos who are third after 13 rounds of the league race.
FIXTURES
Saturday: FC Platinum v Buffaloes (Mandava), Chicken Inn v Dongo Sawmill (Luveve), Harare City v CAPS United (Rufaro, SS).
Sunday: Dynamos v Highlanders (Rufaro, SS), Whawha v Chapungu (Ascot), How Mine v Hwange (Luveve), Triangle United v ZPC Kariba (Gibbo), Tsholotsho v Flame Lily (White City).