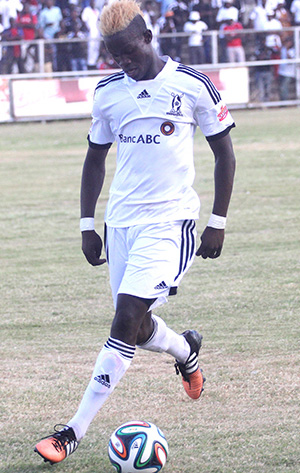 HIGHLANDERS striker Thomas Chideu, 18, is set to join South African Absa Premiership side Ajax Cape Town after impressing in trials.
Negotiations for the transfer fee have already started between Highlanders and Ajax over the player, who signed a two year deal at the start of the season.
His manager Gibson Mahachi said: “He impressed during his trials and we will know of the outcome of the negotiations by next week.”
At Ajax, Chideu will join another former Bosso player Milton Ncube who moved last July after impressing in the African Nations Championships (Chan) in South Africa.
Ajax are also eyeing tough Highlanders defender Teenage Hadebe. He is on loan from Southern Region Soccer League Division One side Bantu Rovers, but yet to be released for the trials as his principal owners are planning a Belgian trip for him.
Bosso have already signed Chideu’s former Prince Edward High School schoolmate Obert Tafira on a three year contract.
Again Bosso have set their sights on a replacement in Ishmael Wadi, who plays for Southern Region Soccer League Division One side Bulawayo Chiefs.Advertisement