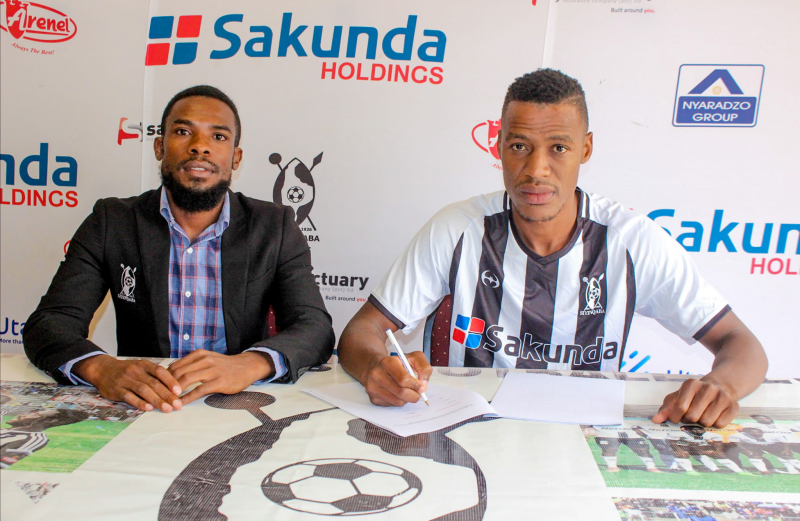 BULAWAYO giants, Highlanders, have started strengthening their squad ahead of the new Premier Soccer League season in March after tying down highly-rated defender Andrew Tandi to a new deal Thursday.

Highlanders, who are popularly known as Bosso by local Zimbabwean football fans, confirmed in a statement that they had signed a new contract with the 26-year-old defender.

“The Club is pleased to announce that Andrew Tandi has renewed his contract with the club for a further year. The club has the first right to renew the contract after six months,” Highlanders said in a statement.

Tandi enjoyed a solid start to last season before his campaign was cut short after suffering a serious injury in May last year.

The defender suffered a career-threatening injury during a crunch league match against Dynamos at Barbourfields, which was later abandoned due to crowd trouble.

Tandi, who can play in central defence or as a right-back, fractured his right calf bone and dislocated his ankle following a crude challenge from the then Dynamos winger, Bill Antonio.

He has fully recovered ahead of the new season and is excited to continue his career at Highlanders.

Highlanders have been slowly beefing up their squad ahead of next season.

Highlanders have also promoted 21-year-old Gillian Nyathi, who is the captain of their development team, Bosso90, to the first team.