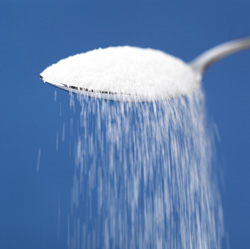 HIPPO Valley estate this week revealed that sugar production in the 2012/13 season totalled 475,000 tonnes from 372,000 tonnes in 2011 with the company contributing 228,000 from 170,000 tonnes an increase of 34 percent.
The company said it expects production could surpass the 222,000 tonnes the group had initially forecast as its share of the industry estimate of 460,000 tonnes.
“The private farmers in the Hippo Valley Mill group delivered 347 618 tonnes of cane during the season representing a 60 percent increase whislt the Mkwasine private farmers delivered 182 082 tonnes representing a 93 percent increase from 94 568 in 2011,” the company said at its AGM on Monday.
“Cane deliveries from Green fuel in Chisumbanje amounted to 275 669 tonnes during the season,” the company said.
The poor rain fall received during the 2012/3 season resulted in a deferment of the planned sugar cane plough-out and replanting programme across the sugar industry.
To date the accelerated private farmer sugar cane rehabilitation programme initiated in 2010/11 under the sustainable rural communities (SusCo) project resulted in some 9,927 hectares having been replanted over the last three years.
Sixty-three percent of the total 15,880 hectares farmed by private growers while private farmer cane deliveries to the mills totaled 852,979 tonnes in 2012/3 compared to 531,990 tonnes cane delivered in 2011/12 an increase of 60 percent.
Hippo Valley’s profit after tax plunged 35 percent to US$13,6 million in the full year to 31 March 2013, weighed down by an increase in finance costs.
The company’s net debt grew to US$40 million up from US$33 million. Resultantly, finance costs grew to US$6,8 million compared to US$6 million recorded in the same period the previous year.
“As a consequence of the decrease in profit after tax, earnings per share dropped to 7,1 US cents from 10,9 US cents achieved the prior year,” said the company in a statement accompanying financial results.
Despite the decline in after tax profit, revenue surged 35 percent boosted by an increase in sugar production and the resultant increased sales volumes.
Domestic sales grew to 258,000 tonnes up from 247,000 tonnes last year, while a total of 202,000 tonnes were exported to the European Union under the preferential market arrangements.Advertisement

The company said as part of the on-going measures to manage the available water in the dams supplying the industry, the cane re-establishment program was closely monitored in the period under review to ensure maximum irrigation water availability for season.
Going forward, management is targeting to increase sugar production to installed milling capacity of 640 000 tonnes per annum.
Hippo Valley said it remained optimistic water mitigation measures put in place and the likely completion of Tokwe Mukosi dam this year would enable the industry to sustain the current levels of production.