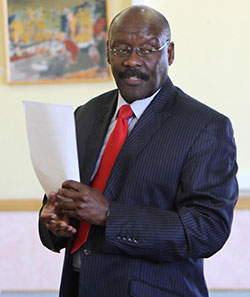 YOUTHS in the HIV/AIDS programming have petitioned government complaining about their exclusion from the Zimbabwe Country Coordinating Mechanism (CCM) which is the local Global Fund management committee.
The Global Fund contributes 35% of the country’s AIDS funding and TB programming.
It also helps to address the needs of adolescents and young people especially those living with HIV and affected by either TB or Malaria.
The fund also supports in the production of a document that supports adolescents and young people under the programme “Making the money work for young people”.
In February, Zimbabwe was also chosen as a pilot country to roll out a new project called the toolkit.
In March, young people in HIV and AIDS programming met and discussed what they wanted to be included in the pilot project which Zimbabwe has been chosen to roll out.
They then presented their deliberations to CCM which said would come back to them but up to now they have not been consulted.
On Friday over 10 youth organisations submitted a peition to health minister David Parirenyatwa’s office.
Supported by the Zimbabwe National Network of People Living with HIV (ZNNP+), youths said they were disappointed to note that the Zimbabwe Country Coordinating Mechanism had already started identifying priorities for the next Global Fund application without engaging them.
“We want a country coordinating mechanism that is truly national – one that does not leave young people, youths and vulnerable communities behind, regardless of their locations,” said the youths.
“We call upon the CCM to create a stand-alone youth constituency because we believe that if we are meaningfully engaged as leaders and strategic partners, we can assist the country and the CCM to address the health challenges affecting young people by participating in decisions that affect us, and strengthening our ability to advance human rights and development issues such as health, education and empowerment,” read the petition seen by Newzimbabwe.com.
Government statistics indicate that as of 2014 about 334.267 adolescents and young people aged 10-24 years were infected with the HIV virus.
According to the ministry of health and child care, new HIV infections, among the adolescents, have been one of the major challenges.Advertisement

2014 data shows that there has been an increase of 5,979 new HIV infections among youth age groups with females being the hardest hit (4,151) compared to their male counterparts.