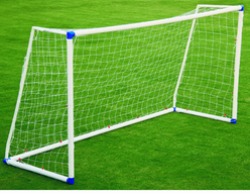 THE picture got a lot clearer with regards to the women’s B-section at the Greenfields Senior Interprovincial Nationals at the Randburg Hockey Stadium on Thursday as KZN Inland, WP Peninsula, Zimbabwe and KZN Mynahs advanced.
For Peninsula and both Kwa-Zulu Natal sides the task was relatively easy with comfortable wins but Zimababwe were made to work hard in their encounter against Northerns Blues B and managed to win by a slim 1-0 margin.
The game, played on the top field, ebbed and flowed and both sides were guilty of squandering chances – especially when it came to their penalty corners – and the sides were locked at nil all at halftime.
The best chance of taking the lead fell to Northerns four minutes after the changeover but a heroic stick save off the line by defender Nicolle Grant cleared danger from the short corner. The deadlock was eventually broken two minutes from time as Kendal Revolta netted a field goal to ensure her side’s progress.
It means that Zimbabwe will meet Mynahs in Friday’s semifinal after the KZN outfit claimed a comfortable 3-0 victory over Mpumalanga earlier in the morning.
For Pens, the road to the semifinal in the B-section was slightly easier as they swept past Southern Gauteng Nuggets with an emphatic 7-0 victory.
First half goals from Aimee Pote, who netted twice, and captain Rosanne Lombard had them up 3-0 at halftime and the Cape side hammered home their advantage after the break.
Danielle Cairns netted a field goal in the 34th minute before Kayde Miller followed up four minutes later with another score from open play.
A strike from a penalty corner by Gabriella de Kock extended the lead and the rout was completed in the 50th minute as Pote rounded off her hat-trick.
In the day’s first game, KZN Inland ran out 4-1 winners over SA Country Districts.
They opened the scoring in the third minute through Tiffany Jones and then doubled up soon after as Stefania Collette netted before SACD pulled one back  in the 22nd minute through Marelie Devereux.
The gap was extended to two goals a minute later as Amy Greaves slotted home to make it 3-1 and then Silindile Mbhele added a strike of her own in the 29th minute from a well-worked penalty corner that saw her sneak in a deflection on the back post.Advertisement

The scoreline didn’t change for the next half hour although SACD pressed hard they couldn’t find a way through a resolute Inland defence.