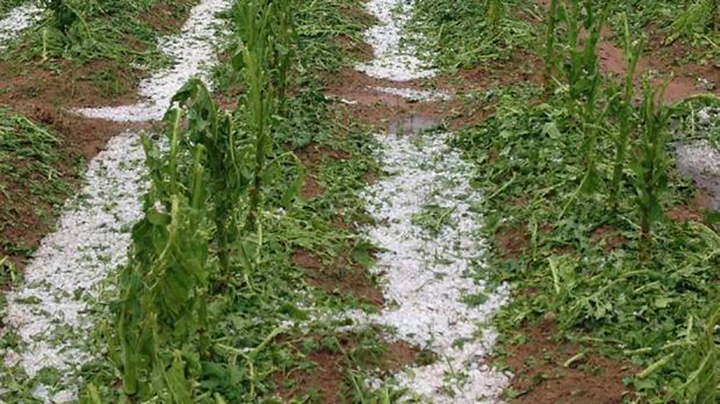 In eastern districts, a hailstorm that swept through on Thursday, destroyed property worth thousands of dollars.

In the capital, Harare Central Hospital staff had a torrid time battling with scooping out water which had flooded the children’s ward.

At Delta Beverages maheu (non-alcoholic home-brewed drink made of thin, slightly fermented maize-meal porridge) plant, a section of a precast security wall was razed to the ground.

In Checheche, about 520km south-east of the capital, a ferocious hailstorm hit homes, schools and churches, leaving substantial damage though no official reports of injuries or death were recorded.

Also, in Odzi, about 241km east of Harare, a tobacco farmer was left counting losses after another hailstorm ripped through the area.

In Mashonaland West province, 10 school children were struck by lightning, with four reported to be in a critical condition.

The hailstorm and floods justify the forecast of El Nino weather phenomenon in Zimbabwe.

According to the Meteorological Services Department, Zimbabwe is set to experience another El Nino weather phenomenon, with expectations of extreme weather conditions such as drought, soaring temperatures, strong winds, flash floods over short periods and hailstorms.