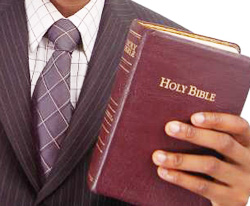 BARACK Obama’s visit to Kenya and the AU Headquarters in Ethiopia, had the Herald’s columnists spluttering with indignation. What hypocrisy, they claimed, that the American President should celebrate his roots as a son of Africa and Christianity and at the same time laud the recent US Supreme Court ruling upholding gay marriage.
Homosexuality, we are all supposed to know, is against African culture and Biblical teachings. Such temerity, we are told, to lecture Kenyatta on gay rights and then join in the singing of Amazing Grace immediately thereafter (see, for example: Obama Applauds Gay Marriage, Sings Amazing Grace The Herald 29.06.15; When a Son Returns Lauding Homosexuality The Herald 23.07.15; Obama Out of Touch With Africa The Herald 27.07.15).
What a contrast, the Herald writers tell us, with Zanu PF, a party of “afro-Christian” values, epitomized by its leader’s resolute stance against homosexuality as un-African and against Christian precepts (see, for example, Godly Counsel for Party of Christian Values The Herald 17.11.14).
Statements of the President of the Chiefs’ Council, Chief Fortune Charumbira are routinely trotted out to support the first proposition (unAfrican), and Bibles whipped off shelves to fall open readily at Leviticus 18:22, for the second, which sets the rule:
Thou shalt not lie with mankind, as with womankind: it is an abomination.
This Biblical injunction is supposed to foreclose any further debate on the matter of gay rights.
However, if the Herald was looking to expose the Pharisees of hypocrisy, it did not need to look to Obama’s Africa trip, and could have looked within its own pages. For at the time the righteous were fulminating against Obama’s support for gay rights, the same people were also directing their moral indignation against child marriage.
But unlike the case of their outrage against homosexuality, support for African traditions was abruptly abandoned in the case of child brides. And the Bible was left on the bookshelf, and wisely so. Of course the injunction against homosexuality is just one of many pronouncements to be found in the Good Book on marriage, sex, sexuality and gender. The precepts in the Bible in this regard are not a pretty picture, especially in relation to child marriage.Advertisement