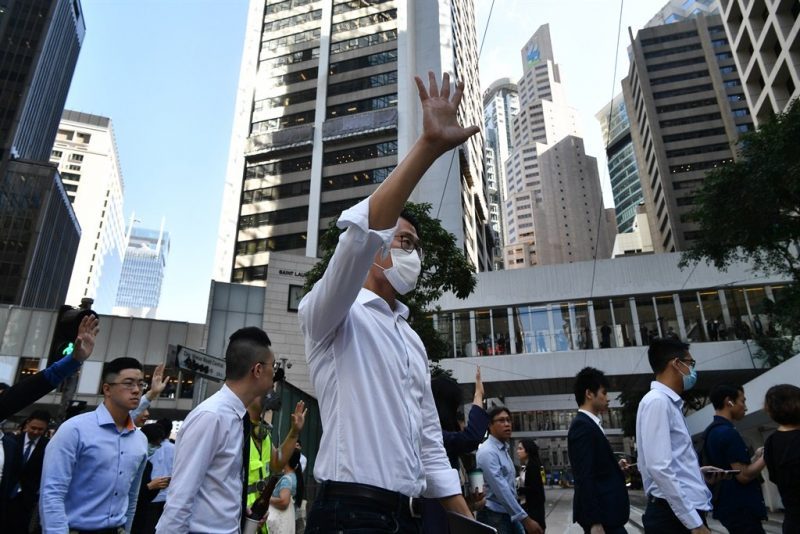 Hong Kong’s deeply unpopular leader vowed on Monday to “listen humbly” to voters after the pro-democracy camp scored a crushing victory in community-level elections that revealed broad public support for a protest movement that has sparked months of violence.

In a rout that stunned the semi-autonomous territory, candidates seeking to loosen control by China seized an overwhelming majority of the 452 seats in the city’s 18 district councils, bodies that have historically been firmly in the grip of a Beijing-aligned establishment.

The result was a humiliating rebuke to Beijing and Chief Executive Carrie Lam, who has dismissed calls for political reform and had repeatedly suggested that a silent majority supported her administration and opposed the protest movement.

“The government will certainly listen humbly to citizens’ opinions and reflect on them seriously,” Lam said in a statement issued by the government.

She gave no specifics on her next move, but opponents quickly called on her to accede to a five-point list of demands, including direct elections for the city’s legislature and leadership and a probe into alleged police brutality against demonstrators.

“The voters used the most peaceful way to tell the government that we won’t accept Hong Kong becoming a police state, and an authoritarian regime,” said Wu Chi-wai, the chairperson of the Democratic Party, Hong Kong’s largest anti-establishment party.

The Labour Party, another leading component of the pro-democracy bloc, attributed the election result to “the sweat, blood and tears” of protesters.

Chatter on a popular web forum used previously to urge people to turn out for protests called for a march on Sunday to press the government to respond to the movement’s demands.