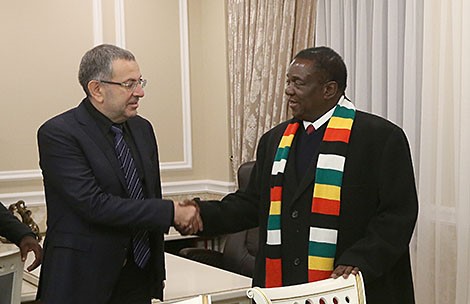 Friendship is one of God’s greatest graces. The Biblical Book of Proverbs 18:24 states clearly that “One who has unreliable friends soon comes to ruin, but there is a friend who sticks closer than a brother.”

Zimbabwe sadly has a lot of unreliable friends, and the list keeps on getting bigger especially when we are most in need.

We have had a massively poor rainy season which has exacerbated our already battered economy, leading to enormous food insecurity even before Covid-19 struck. The International Monetary Fund (IMF) has already estimated that the Zimbabwean economy is likely to contract by 7.4% in 2020 largely due to the impact of the pandemic.

Zimbabwe has dealt relatively well with the spread of the pandemic thanks to the difficult but necessary closures. Although, long after the virus leaves us, the economic impact will be felt.

This is especially because for too long we have relied on unreliable friends who have led us to ruin, especially during the Mugabe years.
Nevertheless, a bright light of friendship has in recent years come from an extremely unlikely source.

I am sure that most Zimbabweans, farmers and those involved in the agriculture sector are not aware, but much of the help and assistance they have received is a result of deals signed with the Belarusian Government, with the help of a certain Alexander Zingman.
In March, agreements were signed with the Belarussian Government to come to Zimbabwe and identify prime horticultural land for farming and exporting produce globally while capacitating local farmers.

Apart from engaging in farming, the Belarusians will also enter into joint ventures with local farmers, after the authorities realised that most black farmers who benefited from the 2000 fast-track land reform programme had failed to produce enough for our country, now considered one of the most food insecure nations, according to the World Food Programme.

This is like a life-jacket for our economy and especially our farmers.

However, this is certainly not the first time that the Belarusian Government has come to our aid and shown a great commitment to Zimbabwe.

Last year during Cyclone Idai, the Belarusians immediately sent aid to the hardest hit nations and Zimbabwe was their first port of call, flying in from Minsk with much needed assistance and disaster relief.

This was a much needed boost for those who suffered from the natural disaster, but our relations with the Belarusian Government are not just based on aid and assistance.

Only last year, Zimbabwe secured a US$120 million export credit line from the Belarussian Government for the supply of machinery and equipment for agriculture, dam construction and mining, and signed deals worth US$350 million for the construction of a power plant, transport, logistics and development of agricultural projects.

There has been a very significant rise in recent Belarusian relations, trade and economic agreements, aid and assistance to Zimbabwe, and it can largely be traced to one man.

Alexander Zingman was made in January 2019 Honourary Consul of Zimbabwe to the Republic of Belarus. Zingman earned this prestige not because of having the right friends but because of his sheer commitment to furthering ties between two nations so close to his heart.
At the ceremony to open the Honorary Consul in Minsk, Zingman said to President Mnangagwa: “Your Excellency, we want to assure you that we will strengthen relations between our beautiful motherland Belarus, and your beautiful country Zimbabwe.” 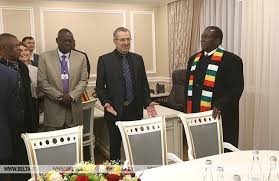 Zingman has been a regular visitor to Zimbabwe, and it seems like every time he comes it is with more trade deals and aid that will help the lives of our struggling and hard-working people.

He is not a man who enjoys the limelight so few will know name Alexander Zingman let alone the acts of friendship and kindness he has shown Zimbabwe.

Zingman has become more than a friend, he has shown the Zimbabwean people brotherly love, simply because he has aptly demonstrated that he is reliable and will come and help even when less unreliable friends have stopped answering the phone.

Zingman and the Belarusian Government are true friends of Zimbabwe because although they might be geographically distant, it seems that their heart remains with us, even, and especially when we need it the most.