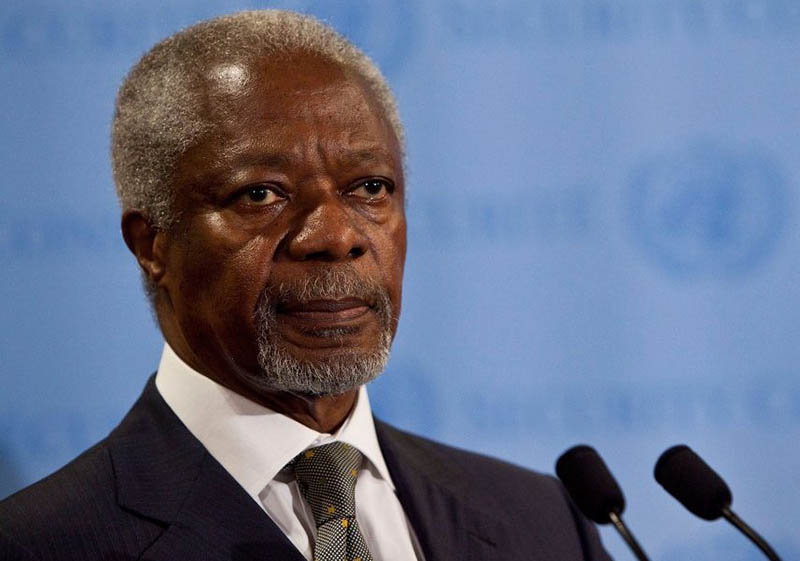 FORMER UN secretary general the late Kofi Annan’s colleagues in the group of global eminent personalities known as The Elders have implored Zimbabweans to act responsibly ahead of the landmark judgment expected from the Constitutional Court (ConCourt) Friday.

Zimbabwe’s highest court will Friday deliver judgement in the case in which opposition MDC Alliance presidential candidate Nelson Chamisa is challenging the result of last month’s election arguing it was rigged in President Emmerson Mnangagwa’s favour.

The ConCourt, Wednesday heard arguments from Chamisa and Mnangagwa’s lawyers with a decision now set for Friday 2pm.

Annan was in Zimbabwe ahead of the elections last month before he succumbed to a short illness earlier this month.

The Elders called for restraint and justice in Zimbabwe to honour Kofi Annan’s legacy.

“Ahead of the ruling by Zimbabwe’s Constitutional Court on the 30 July election result, The Elders call on political leaders to honour Kofi Annan’s legacy and the aspirations of the people of Zimbabwe by acting responsibly to avert further violence.

“The Elders today urged Zimbabweans at every level in society to uphold the democratic rights to justice and peaceful protest, and refrain from words or actions that could incite violence, drawing on the counsel of their late Chair, Kofi Annan (1938-2018),” the respected states-people said. 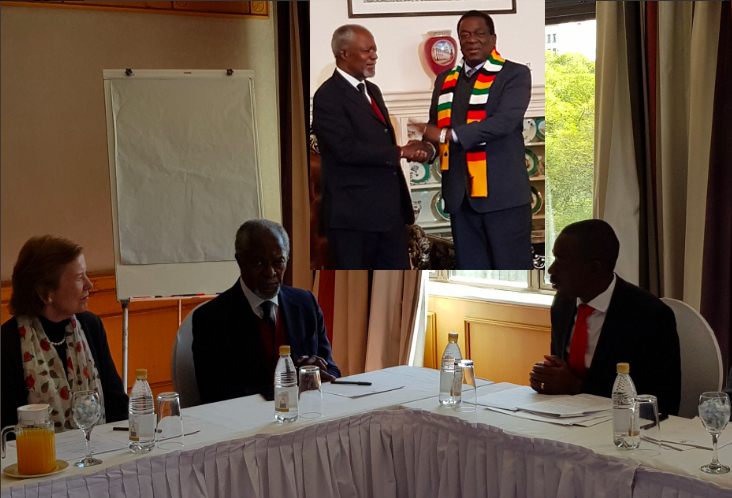 In the run up to the July 30 elections Chamisa declared he would not accept results that did not favour him and two days after the polls his supporters stormed the capital Harare leading to clashes with security forces that left six people dead at the hands of soldier who used live ammunition.

During his visit, Annan who was accompanied by former Irish President Mary Robinson and ex-Algerian envoy Lakhdar Brahimi, said “nothing other than the democratic will of the people should be allowed to determine the future of Zimbabwe”.

The Elders added: “Meaningful democracy is not only about free and fair elections, but also accountability for those in positions of authority, freedom of expression and assembly, respect for human and civil rights, and a clear separation of powers between the executive and the judiciary.”

The Elders again condemned the killing of six people by the army on August 1st.

“The Government of Zimbabwe and the security forces have the primary responsibility for maintaining peace in a professional and accountable manner that strengthens civilian authority.

“It is essential that the independent investigation ordered by President Emmerson Mnangagwa proceeds with integrity and holds accountable those found to bear responsibility for the tragic events of 1 August. An independent inquiry should also scrutinise other incidents of post-election violence and rights violations across Zimbabwe,” said The Elders.

“The best way for both leaders to honour his legacy and the aspiration of the people of Zimbabwe for a brighter future for all, is to abjure violence, intimidation and incitement, and instead promote dialogue and magnanimity as a path to inclusive national reconciliation, cohesion and development.”