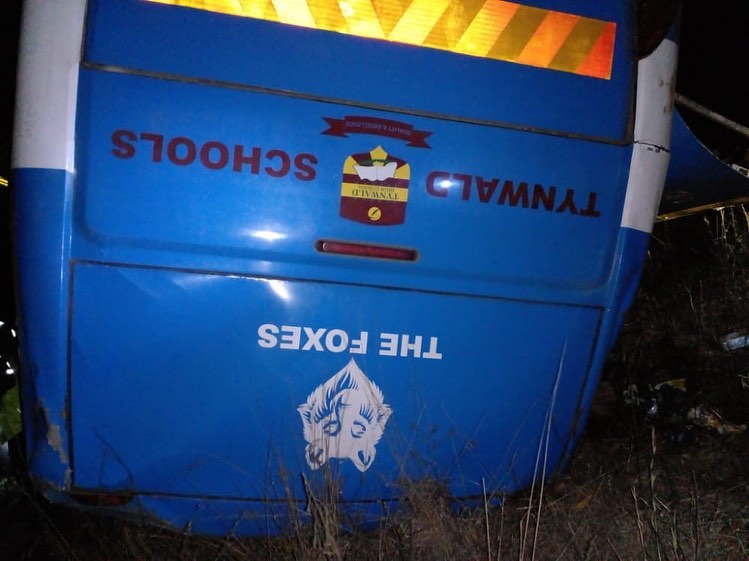 THE driver of the Tynwald High School bus, which killed six students and injured 34 others Friday night, was speeding and failed to negotiate a sharp curve, leading to the horror crash.

The emerging details are contained in a leaked internal police memorandum.

According to information gleaned by NewZimbabwe.com, the driver of the Higer bus, Chamunorwa Machimbidzofa (43), is yet to produce his driver’s licence to ascertain whether he was certified to have been behind the wheel.

Of the deceased learners, five were female and one male, who sustained mostly head injuries. Their next of kin have since been informed. 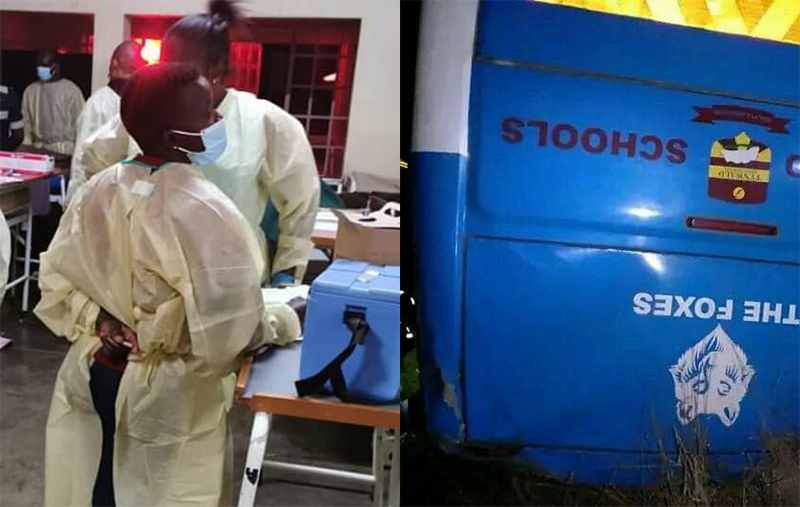 Circumstances were that on October 14, 2022 at around 7pm, Machimbidzofa was driving a blue and white Higer bus belonging to Tynwald High School along Rusape-Nyanga road with 41 students and four staff members on board.

“Upon reaching the 75 kilometre peg on the said road at a sharp curve, the sole party failed to negotiate a curve, veered off the road to the left and rolled several times on a steep slope,” reads the police communication.

“In the process threw out some passengers, injuring 34 of them and killing five on the  spot the bus landed on its roof.

“The injured passengers were ferried to Nyanga District Hospital and one died upon arrival at the hospital and Victoria Chitepo Provincial Hospital, where they were admitted.

“A report was made to police Nyanga Traffic who attended the scene. Next of kin were advised.

“The vehicle sustained extensive damages and is at the scene awaiting VID inspection. Investigations are in progress.”