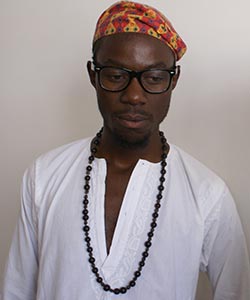 BULAWAYO’S new house music outfit, House Rebels – comprising Mqondisi Sibanda, Paul Mlauzi and Brian Bangura – is set to rub shoulders with the world’s biggest house music producers, DJs and singers at this year’s Miami Winter Conference in the USA.
The conference will take place between March 21st and 30th at the Miami Beach in Florida. Established in 1985, the Winter Miami Conference is in its 29th consecutive year and is one of the most popular annual music gathering in the world.
The gathering attracts thousands of artists, music industry delegates from 70 countries and over 100,000 event attendees each year for a concentrated schedule of more than 500 events, parties, seminars and workshops.
House Rebels become the first Zimbabwean outfit to be invited to perform at the conference which, over the last couple of years, has seen African representation coming from South Africa from the likes of DJ Fresh, Euphonik, Black Coffee, Culoe De Song and Oskido who have been regular attendees of the conference.
Speaking to NewZimbabwe.com, 23 year old Mlauzi, better known as Mzoe 7 said “at first when we got the news via a phone call, we thought it was a prank call but when all the documentation was sent to our manager, it hit home that it was real”.
The group believe that the invitation to Miami shows that their hard work is finally paying off.
“We have been in the music industry for almost six years and we have never stopped working hard, neither did we stop believing that our music was destined for greater heights,” said Mqondisi, popularly known as Skaiva.
“This (invitation) is not only our joy but it is also our city Bulawayo and our country’s joy to share with. We will be out there flying the Zim flag high. It’s a very proud moment for us.”
The group said that one of their main goals was to perform at this year’s NAMA awards in Bulawayo and expressed disappointment that they have not received a response from the organisers.
“We may not be as big as Winky D, other urban groove artists or Siyaya in their genres but we believe that we are big enough in our genre and we can provide something different to the awards,” said 27 year old Bangura who is also known as Rakeem.
“The rumour mill started spinning five weeks ago that most of the artists that are going to perform were from Harare and three weeks ago we decided to write to the National Arts Council asking to be included in the line-up.Advertisement

“But until today none of the parties have responded to us. One then wonders what letters these organisations will respond to, if they cannot respond to us artists about a national event that should involve us, more-so being held in Bulawayo.”
House Rebels Godobori OFFICIAL VIDEO