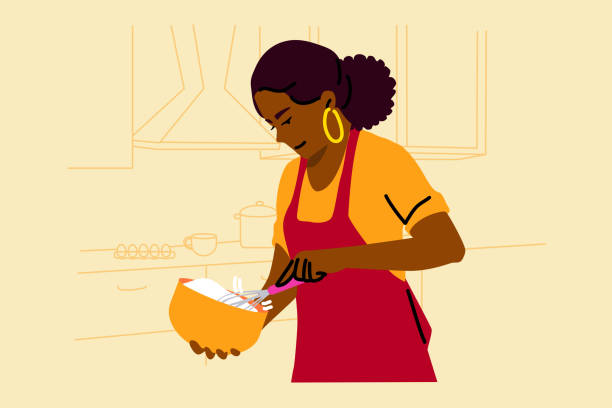 A KENYAN high court judge has declared that being a housewife is a full-time job, and it should therefore attract some form of compensation.

While presiding over a matrimonial dispute, Teresia Matheka, who is a Kenyan High Court Judge, said that it is unfair for courts to deny the contribution that housewives provide to the financial progress of the household.

Though the exact details pertaining to the financial remuneration have not been officially finalised, the High Court ruled on 24 September 2021 that a housewife should be paid a salary every month.

The complainant in the respective judiciary matter was a divorced housewife who sought to have the family property sold and the reparations split equally between herself and her ex-husband.

“It is easy for the spouse working away from home and sending money to lay claim to the whole property purchased and developed with that money by the spouse staying at home and taking care of the children and the family. That spouse will be heard to say that the other one was not employed so they contributed nothing,” said Judge Matheka.

Judge Matheka maintained that the services provided by a housewife should be considered work, as those tasks would otherwise be outsourced and paid for and stated that it would be unfair to constitute only monetary contributions to the household as valuable.

In passing judgment on the matter, Judge Matheka ruled that the property be sold and the money shared equally, or that one spouse should buy out the other party by paying half the value of the property to the entitled party.

‘Pregnancy is equivalent to working’

In addition to considering the value of the services rendered by a housewife, Judge Matheka urged her counterparts to consider the nine months of pregnancy when presiding over matrimonial matters, as she believes that pregnancy is equivalent to working, given that surrogates are hired and paid to bear children.

On a Kenyan radio station, Kiss FM, presenter Kamene Goro weighed in on the matter on her morning show, stating that Kenyan housewives deserve no less than 400 000 Kenyan shillings as monthly compensation. This equates to approximately R54 800 per month.

To drive her point home, Kamene shared that her previous marriage was a “tiresome experience”, saying: “It’s like a full-time job.”

“Raising children is a full-time job that families pay a person to do. Cooking and cleaning as well. Hence, for a woman in employment who has to balance childbearing and rearing this contribution must be considered,” said Judge Matheka.

In South Africa, a housewife is not legally entitled to be compensated for services rendered, however, a court will take various factors into account to determine if a spouse is entitled to spousal maintenance after a divorce or separation.

Spousal maintenance is the legal obligation on a person to provide financial support to his or her spouse before or after marital separation or divorce.

The court has wide discretion when considering maintenance claims but ideally, spousal maintenance should enable you to maintain the same standard of living as during the marriage.