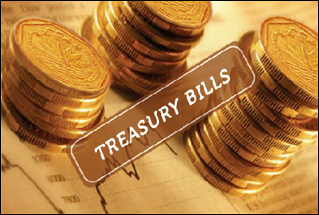 The above sample shows the extent to which banks are exposed to government paper, giving
rise to fear that if the state fails to honour its obligations banks will lose their core capital which is supposed to cushion them from the risky transactions they perform, such as trading or investing and lending.
TB holdings are considered risky because they expose the bank to one client, the government, and in this case where we have more banks holding onto government paper the risk becomes greater with sector wide implications.
Bankers I spoke to say that a default by government will see the paper being heavily discounted and will also have a negative impact on the capitalisation of banks, especially for those banks which have been recapitalised using TBs ,such as POSB and Agribank.
Their credit risk would have increased and their capital position will come under pressure.
Given the amount of government paper held by banks, this could cause cash flow problems for most banks in the country.
Additionally, cash flow problems will put a constraint on the depositor’s ability to access funds and banks on the other hand, will find it very difficult to make payments on their own obligations.
The scenario of a default may look farfetched because the government will continue to create money through the real time gross settlement (RTGS) mechanism, but the fact that the Parliamentary Budget Office is bringing up the issue means it is a distinct possibility.
However, economists are of the view that government will continue to create phony money through RTGS in order to meet its obligations on maturing TBs.
For banks, treasury bills are better than the NPLs that banks were sitting on, because a default by government is better than a default by a company since the government will always