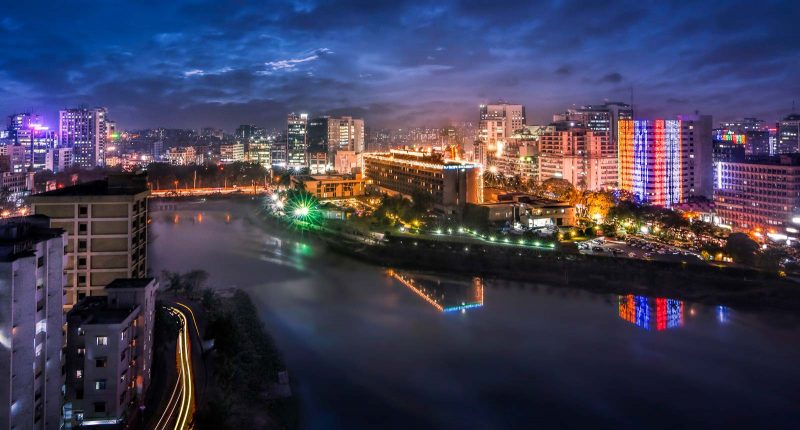 BANGLADESG’S ability to spend money has increased even earlier.

The ability to borrow and repay foreign loans has also increased.

In the meantime, Bangladesh has also written its name on the list of middle-income countries.

The development partners have also been informed about the capacity of internal resources by implementing large projects like the Padma Bridge with their own funds.

The workers and engineers are working day and night in compliance with the hygiene rules. Almost the same scene has been seen in the case of Metrorail Line-6. Again, Bangladesh is going to rise to a unique height in terms of foreign lending with loans from the reserves.

Through which Bangladesh is going to write the name in the list of lenders from the borrower. The central bank has made almost all preparations to lend 200 million to Sri Lanka. Again, a portion of the reserve will be spent on infrastructure construction.

According to a leading Bangladesh media outlets, the Bangladesh Bank completed disbursement of the $200 million bailout fund to cash crisis-hit, Sri Lanka, amid a deepening foreign reserve crisis in the country on September 23, 2021.

This is definitely a matter of pride for our country. Not only that, it is also a big positive milestone for Bangladesh’s foreign debt.

At one time Bangladesh only borrowed from foreign companies or countries. That day has changed. The capacity of Bangladesh has increased. Bangladesh is now emulating many, especially in terms of economic potential. ‘

Meanwhile, Bangladesh’s economy is showing its potential where many countries of the developed world are affected by the Corona epidemic.

After managing the first wave, it is now handling the second and third waves. Government officials and experts say that if these mega projects can be implemented, Bangladesh’s status in the world court will increase a lot.

It will bring radical change in the communication and infrastructure sector. The concerned people think that this change will take Bangladesh to a unique height in terms of development to the world.

It is learned that after the absolute victory in the ninth parliamentary elections and the formation of the government in early 2009, massive development activities started all over the country.

As the government remained unchanged in the second term, the development activities gained more momentum.

Development activities like running horses started in important sectors including roads, infrastructure, power, and energy of the whole country including Dhaka.

Incredible success in the power and energy sector comes after overcoming longstanding obstacles. Following this, the Awami League formed the government after winning the 11th national election for the third time in a row. Earlier, at the beginning of the second term, the government started work on about a dozen large projects on a priority basis in the related sectors including communication, power and energy, with the aim of creating employment and achieving rapid economic growth. Going forward quite fast.

The per capita income and GDP growth of the people of the country is increasing rapidly. But early last year, the Covid-19 epidemic began around the world.

As a result, the disaster also hit the economy of Bangladesh. Although the pace of work of mega-projects has slowed down due to the epidemic that has been going on for a year and a half, the work of these projects is being carried out in compliance with the strict hygiene rules.

Significant progress has been made in the work of the much-discussed Padma Bridge and Metrorail. As of last June, the overall progress of Metrorail Line-6 has been 67.63%.

The progress of the Padma Bridge project has been more than 93%.

It is hoped that the Padma Bridge will be opened to traffic within the stipulated time. The construction of Bangladesh’s first tunnel under the Karnaphuli River has not stopped even during the second wave of the Corona epidemic.

The construction work of the Karnafuli Tunnel is going on in spite of various obstacles including labor crisis and disruption in the supply of construction materials during the Corona epidemic.

Although the pace of work is a bit slower than usual, the project participants are optimistic about making it suitable for traffic within the stipulated time.

In the meantime, the overall work progress of the mega project has been 70%.

According to Bangladeshi media outlets, Work is not progressing as usual in the second wave of the coronavirus. Necessary construction materials are not arriving on time due to coronavirus. Anyone involved in the project cannot go to work earlier than one month due to strict quarantine. All in all, the pace of work has slowed down a bit.

However, efforts are being made to complete the project quickly.

The overall progress of the Bus Rapid Transit (BRT) project is about 35 percent till September. The Planning Commission of Bangladesh has approved the extension of the project till June 2022.

Besides, overall assistance is being provided to the Roads and Highways Department for revising the DPP of the project, according to the bridge department. The construction of the Dhaka-Ashulia Elevated Expressway project has also been delayed.

As a result, if these mega-projects are completed, the image of the country will be much brighter to the outside world; many Bangladeshi Economists think that this will take Bangladesh to a seat of unique dignity.

In the meantime, the Padma Bridge has created a bond between the two sides. The last-minute activities are going on. If all goes well, it will be opened for traffic in June 2022.

Similarly, the activities of 10 fast-track (highest priority) mega-projects are being carried out by breaking the dam of the ongoing Corona epidemic.

The 10 first-track mega projects have finally gotten some momentum, ushering hope for positive change in the country’s economy and people’s livelihood.

Meanwhile, after a long wait, the proposed Bangabandhu Railway Bridge is finally seeing the light of day. Prime Minister Sheikh Hasina is going to lay the foundation stone of this project. If the project is implemented, the pressure on the Bangabandhu Bridge over the Jamuna River will be reduced.

The risk of Bangabandhu Bridge will also be reduced. At the same time, transportation of goods from North Bengal will be easier. Reduce the cost of transporting goods; which will bring positive changes in the economic situation and social life of the region.

The government thinks that it will also make a significant contribution to the overall economy of the country. 2,07,08 crore.

The average progress of the nine projects till December is 56.31 percent. When implemented, it will add about two percent growth to the country’s economy.

Therefore, the Ministry of Finance has also termed the projects as Transformational projects. By 2025, Bangladesh will reach its dream through the implementation of these projects.

Communication development and the economy will be integrated. It will make the movement of products and people much easier. Will ensure sustainable power generation. This will result in massive investment and an increase in employment.

And all the mega projects together will add about two percent growth to the country’s GDP. And because of this, the goal of the Eighth Five-Year Plan – to achieve 7.50% GDP growth by 2025 – will be easy to meet.

Every country can follow the Economic model and utilize the approach to revive its economy averting the all-stagnant economic situation for ensuring sustainable economic growth.