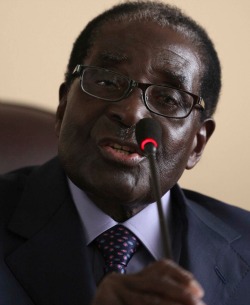 If we, Zimbabweans, cannot remove Zanu PF, we must push force the party to reform.
CHINA and Zimbabwe are comparative authoritarian and excessive bureaucratic comrades; both with a streak of dictatorial stranglehold on their citizens. In 1949, China had a highly extractive economy. In 2015, Zimbabwe has got a highly extractive economy. The Chinese Communist Party dominated the political arena. Zanu PF is still dominating Zimbabwean politics since 1980, and a lot of opposition party obituaries.
Just like Mugabe in Zimbabwe, Mao dominated the Communist Party and the government. Mao nationalized land and industry. He abolished all kinds of property rights. As with all extractive institutions, Mao’s regime was attempting to extract resources from the vast country he was now controlling. The Chinese Communist Party had a monopoly over the sale of produce, such as rice and grain, which was used to heavily tax farmers. Mao claimed that in fifteen years, China would catch up with British steel production, yet, there was no feasible way of meeting these targets.
To meet the plan’s goals, scrap metal had to be found, and people would have to melt down their pots and pans and even agricultural implements such as hoes and plows. Workers who ought to have been tending the fields were making steel by destroying their plows, and thus their future ability to feed themselves and the country. The result was a calamitous famine in the Chinese countryside.
In Zimbabwe, on October 2013, Zanu PF, through its economic blue print ZimAsset, claimed that it was going to create 1.5 million jobs by 2018. The Vision of the Plan is “Towards an Empowered Society and a Growing Economy”. The execution of this plan will be guided by the following mission: “To provide an enabling environment for sustainable economic empowerment and social transformation to the people of Zimbabwe” [ZimAsset.pg 9]. Today, ZimAsset is reduced to a mere decorative document as Zimbabwe’s economy is crumbling down. The state is reduced to a nation of vendors.
However, in China, one Deng Xiaoping argued, “No matter whether the cat is black or white, if it catches mice, it’s a good cat.” It did not matter whether policies appeared communist or not; China needed policies that would encourage production so that it could feed its people. Deng was soon to suffer for his new-found practicality. Mao announced that the regime was under threat from “bourgeois” interests that were undermining China’s communist society and wishing to recreate capitalism.Advertisement