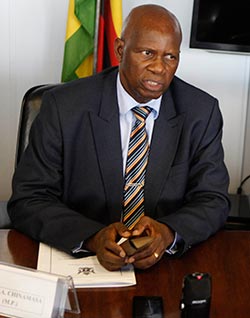 THERE is no need to be a Nobel Prize economist to decipher that the economic pains ghost of 2008 is reincarnating at alarming speed. It equally doesn’t need a prophetic calling to decipher that we are now on a downward spiral into an economic abyss which will manifest in empty shelves, parallel market for commodities and cash, poverty, desperation and increased default on salaries.
The omission to act by our leaders is either incompetence or a deliberate omission on the platter of political expedience. I chronicle hereunder my take on challenges and low hanging solutions to the challenges bedeviling our country’s economic success.
First and foremost, it is imperative that we acknowledge that we are broke and delinquent. We should therefore drop the bravado. Zimbabwe is now akin to an orphaned destitute which depends on the benevolence of the entire global village. The way to go about it is not to bad mouth potential benefactors. The mouths of our leaders are often the gate to most of our misfortunes.
Despite our political grandstanding, we have to take it in our stride that even if it is sordid, obnoxious, putrid and uncomfortable, the bare truth still remain that our country will not get out of this economic mess without finding lost love with USA, UK and maybe the Group 7. The high sounding ten points and ZIMASSET are good intentions devoid of pragmatism without world support (which we must read as USA, UK and G7). The time for USA and UK demise is not now, so we just have to play ball. As it is we are ahead of times in our economic affiliations anchored on “look east”.
Currency reform is unavoidable as the use of the strong United States dollar by one the weakest economies is neither sustainable nor practical. The country has not only lost the monetary and fiscal space to manoeuvre but has additionally lost its competitive advantages with regional peers. We are now a regional supermarket.
The currency issue is a cause of massive uncertainty such that the US dollar is leaking from our economy to stable and practical jurisdictions. The Finance ministry and the central bank have to shy away from sentiment and deal with reality. The reality is that the economy will be on a downward spiral without currency reform.
It is also important to bite the bullet and accept that the agrarian reform was a complete disaster. Productive land was allocated to incompetent and lazy ‘farmers’ with inadequate resources and no passion for farming to the detriment of an agro-based economy. To the underserving land beneficiaries, farming is just a fad and side-kick business. The farm is also a place for weekend imbibing. We are now having to import everything from fruits to maize; it’s a far cry from our bread basket African jewel status of 1980.Advertisement