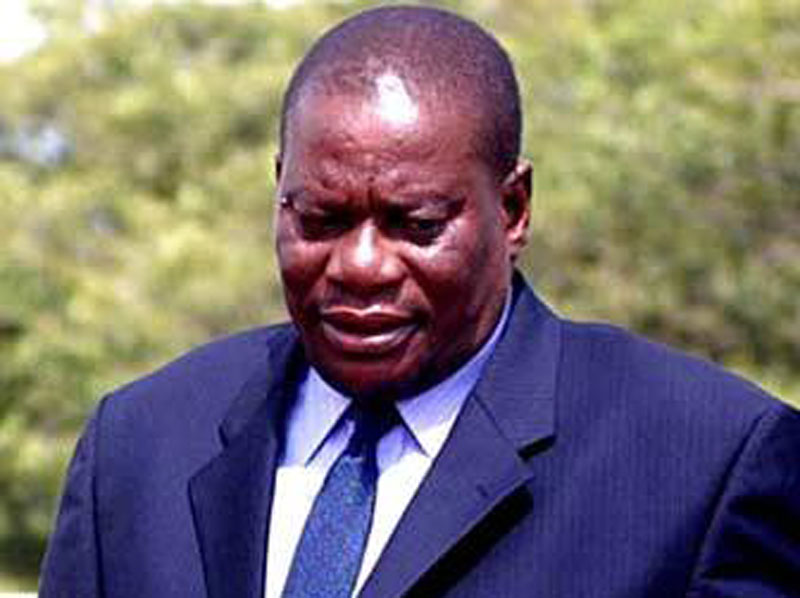 LATE former Zimbabwe Defence Forces commander, Solomon Mujuru averted what was certain to become a bloodbath pitting former Zanla and Zipra combatants who had been integrated into the national army soon after independence.

This is revealed in a book penned by top Zanu PF politician and former army colonel Tshinga Dube entitled – Quiet Flows The Zambezi.

In the book, the former cabinet minister traces his life back to his boyhood, his liberation war experiences and the later years in the army and government.

Dube, an ex-Zipra fighter speaks about the hostilities between the two liberation war movements during the period prior to independence and how these spilled into the post-independence era when they were integrated into the national army.

Tensions rose in the early 1980s when the then Zanu government came up with a resolution to expel all former Zipra fighters whose colleagues were deserting from the army.

The deserters were disgruntled over what they found to be preferential treatment granted to ex-Zanla fighters in the integrated force.

Some Zipra combatants were killed, some captured for allegedly sponsoring dissidents.

“I almost dropped dead, not because I thought I would lose my job, but I could imagine the consequences of such a move,” says Dube while referring to then Prime Minister Robert Mugabe’s directive to expel Zipra combatants.

Dube says he felt let down by Mujuru’s failure to whisper to him the controversial plans when they had been close allies since the latter pitched up in Zambia in the 1960s as a Zipra recruit.

“I then said to General Mujuru, ‘we are talking of dissidents, now we are creating real dissidents’.

“These people (soldiers) you are telling to go to their homes had their homes burnt down by the Rhodesian forces while they were in the bush waging the armed struggle.

“Now which homes will they go?’ I gave a strong sermon like a possessed man.”

In the army, former Zipra commanders felt very insecure after they continuously heard of atrocities on their kith and kin in Matabeleland and Midlands provinces by the North Korean trained Five Brigade and “they felt it was a betrayal to just sit in the army barracks”.

Dube said of the tense moment when dismissal awaited him and his ex-Zipra colleagues.

“…Word had reached the various Brigades and battalions that former Zipra cadres had made up their minds to rather all die in the army camps than surrender their weapons.

“Smaller units had already been disarmed and surrendered their uniforms and weapons. I hate to imagine what would have happened if this decision was not reversed.”

He continues, “When we got to the hall (KG6 barracks, where a final order for expulsion was to be made), mostly former Zanla officers had boiling tempers and did not want any explanations but to get the order implemented forthwith.

“However General Mujuru was very cool and told the officers that efforts would be made to stop the desertions. This did not go down well with most of the officers present. We stood up and deliberated in a hostile environment.

“However, a civil war that would have turned Harare and Bulawayo into ashes had been averted. One can never lose a war when one has conviction. This, to me, was conviction enough to fight for.

“We built ZNA together. We had fought the Rhodesian forces together. Now you dismiss us as useless lapping dogs?

“I respected General Mujuru even more for his brave decision. I call it brave because he contended with a lot of peers.

“There were some hot heads within Zanu PF such as Enos Nkala, Maurice Nyagumbo and Ernest Kadungure, among others.

“Nkala had a long-standing personal grudge with former Zapu leader and had even been heard boasting that he was the only one who knew how to deal with the people of Matabeleland.”