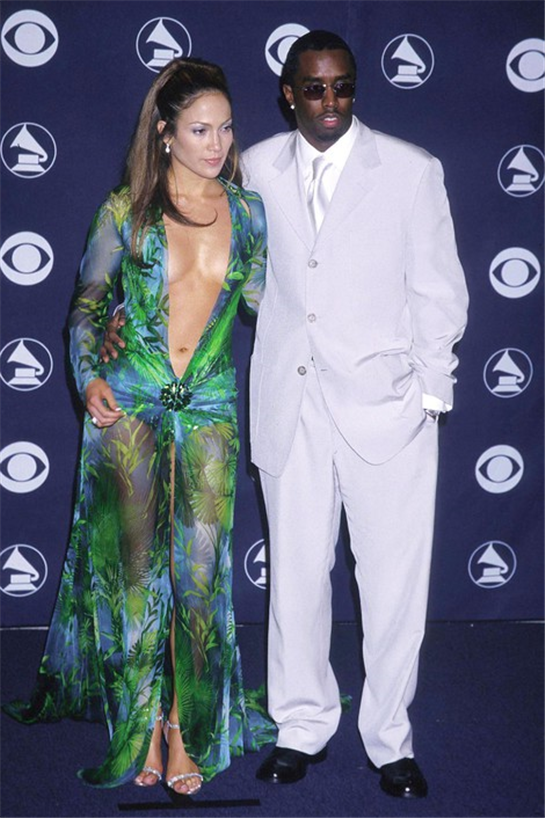 LONG before Kim Kardashian was breaking the internet, Jennifer Lopez was making the internet.
Google executive chairman Eric Schmidt has revealed that the headline-grabbing, sheer, plunging Versace dress that the singer wore to the 2000 Grammy Awards was the impetus behind the creation of Google Images.
“When Google was launched, people were amazed that they were able to find out about almost anything by typing just a few words into a computer,” he explains in an article for project-syndicate.com.
“So our co-founders Larry Page and Sergey Brin – like all other successful inventors – kept iterating. They started with images. After all, people wanted more than just text.
“This first became apparent after the 2000 Grammy Awards, where Jennifer Lopez wore a green dress that, well, caught the world’s attention.
“At the time, it was the most popular search query we had ever seen. But we had no surefire way of getting users exactly what they wanted: J­Lo wearing that dress. Google Image Search was born.”
But the dress wasn’t just a landmark in the development of the internet, it was also a significant moment for designer Donatella Versace, who, at the time, was struggling to find her feet as the fashion house’s lead designer following the murder of her brother, Gianni Versace, in 1997.
“It was an unexpected success,” she told the Canadian Press. “The next day she [Jennifer Lopez] was everywhere and people were talking about her in that dress.
“It was one of those moments like the one that Gianni [Versace] had with Elizabeth Hurley and clothes-pins.”
For Lopez too the attention was unexpected, with the singer later telling People magazine: “It didn’t seem that out there to me.
“It was a good-looking dress. I had no idea it was going to be such a big deal.”Advertisement