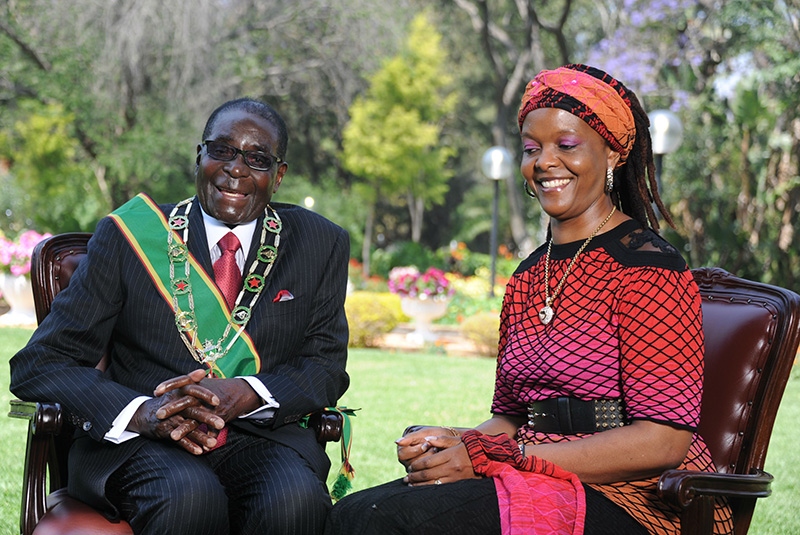 FORMER president Robert Mugabe revealed last week how he just grabbed and kissed his then secretary Grace Marufu, marking the beginning of an adulterous affair as his wife battled terminal illness.

The now 95-year-old former Zimbabwean leader was speaking at the funeral of Grace’s mother at the couple’s Blue Roof Harare home.

Grace looked taken aback as the veteran leader revealed that he just kissed her and decided she loved him too because he had not been resisted.

The affair started while Mugabe’s wife Sally was struggling with renal complications.

The former Zanu PF leader, a strict Catholic, said he was torn between obeying Church doctrine against adultery and pleasing his mother who wanted grand children.

Sally could not have children because of her health complications.

“Yes, we had get involved when Sally was still alive, I had to,” Mugabe told mourners last Thursday during a church services for his late mother-in-law.

“Grace and I never dated either, I was just introduced to her and I said to myself she is a beautiful girl.

“So she came as a secretary and they were many of them, I just looked at them and then it was love at first sight with Grace.”

He added; “Then I said to her one day, I love you and she didn’t respond.

“I then grabbed her hand and I kissed her. She didn’t protest or refuse and then I said to myself now that she has accepted to be kissed, it means she loves me.”

Mugabe’s daughter Bona was born of the adulterous affair two years before Sally died in 1992.

The widely respected Ghanaian died in January with Grace giving birth the following month to their second child Robert Junior.

Mugabe has since claimed that Sally gave her blessing to the illicit relationship with Grace.

He would marry his mistress in 1996 and they went on to have their third child Bellarmine Chatunga the following year.

Mugabe, who had ruled Zimbabwe since independence in 1980, was ousted through a military coup last November.