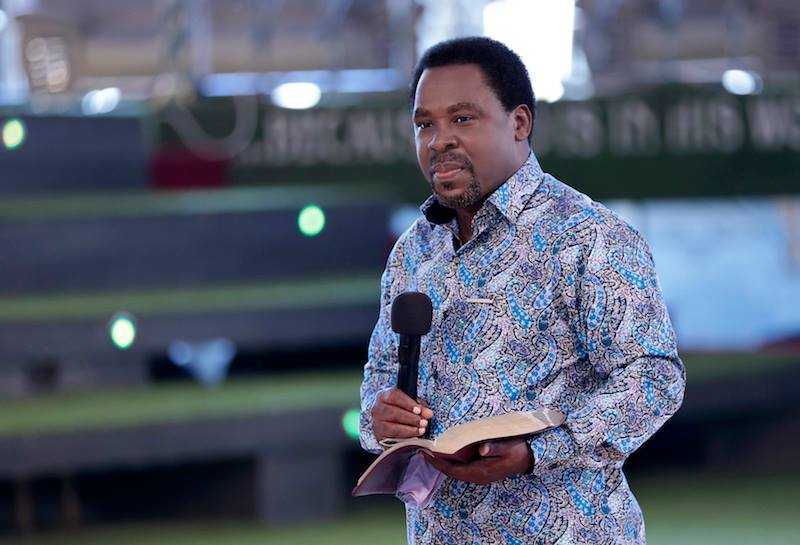 The Nigeria televangelist Temitope Balogun Joshua, one of Africa’s most popular televangelists who was known as T.B. Joshua died at 57 on Sunday.

Some of his believers claim the preacher already knew that he was to die soon.

The ruler of his hometown Oba Yisa Olanipekun told reporters that the preacher had prophesized his departure in his last summon.

“If you listen to his last preaching two days ago, you will see that he already knew that he is ready to go,” said the Oba bin in line with the belief that TB Joshua prophesied his own death.

The preacher died at 2 am on Sunday, June 6 through the cause of his death is not known.

His death was officially announced through his church’s Facebook page The Synagogue Church of All Nations (SCOAN) on June 6.

“On Saturday 5th June 2021, Prophet TB Joshua spoke during the Emmanuel TV Partners Meeting: “Time for everything — time to come here for prayer and time to return home after the service,” T.B. Joshua Ministries wrote in a Facebook post.

“God has taken His servant Prophet TB Joshua home — as it should be by divine will. His last moments on earth were spent in the service of God. This is what he was born for, lived for and died for.”

It is reported that he walked out of a Saturday night summon to take a little break but did not return to continue the mass.

Those in attendance only became aware of the situation when it took long without seeing the preacher return.

Upon a search at his apartment, he was found dead at 2 am.

According to Kenya’s Daily Nation, Lagos Police Commissioner Hakeem Odumosu said on Sunday that he received a report at 2 am that the preacher was dead.

“I had to quickly get in touch with his family and it was confirmed. We do not really have details now but I can tell you he was ministering when he suddenly fell ill and left the church to rest,” he said.

The Daily Nation further revealed that the pastor was officially pronounced dead by a hospital around 3 am according to Mr. Odumosu.

“It is true he is dead. I do not know the cause of his death yet. But the information we have is that he was conducting service…he felt uncomfortable, walked to his apartment by himself and never came back.

“His people thought he probably wanted to rest or refresh but when they didn’t see him after a long while, they went in search of him and found him in an unusual position,” he said. The church said Joshua’s last words to his members were “watch and pray”.

Hundreds of his followers and church members flocked the centre on Sunday morning.

Local reports in Nigeria indicate that flags adorning the Synagogue Church of All Nations in Lagos were at half-mast as dozens of mourners thronged the church compound upon learning the death of TB Joshua.

There was no service on Sunday morning as it has been routine as church security blocked the mourners from accessing the centre.

TB Joshua was popular in many African countries, and in South America where he had held many religious crusades.

The preacher was noted for making predictions and for his claims to cure various ailments and to make people prosper through miracles.

The Nigerian Senate Chief Whip said the preacher will greatly be missed by his followers.

“He will be remembered as a notable spiritual leader with a passion for empowering the poor and vulnerable in the society,” he said.

Several world leaders led by the Nigerian President mourned the preacher on Sunday.

In a statement, Buhari said, “he will not only be remembered for his spiritual contributions, but for touching many lives through philanthropic gestures.”