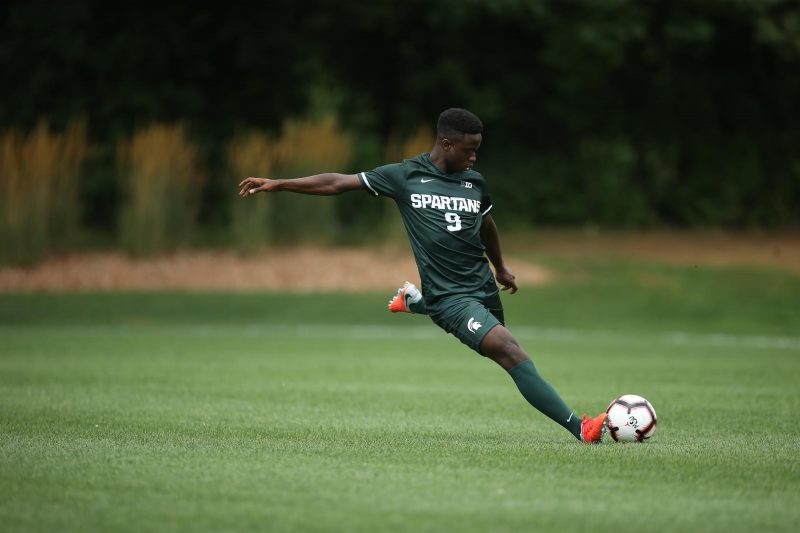 Farai Mutatu is one of them, growing up in Haslett.

He doesn’t just have a unique name, but a special story — and his life is one that hasn’t always been easy.

“My family moved together in 2006 from Zimbabwe,” Mutatu said.

Mutatu was only six years old. His father was given the opportunity to study at MSU so coming to the United States was what they believed was best for their family. Mutatu says moving to Michigan was a big step of faith.

“It’s always a tough transition because it’s a whole new territory, a new place you’re trying to get used to,” Mutatu said. “I was thankful to have core family that we stuck together.”

Just when he got used to the way of life here, it wasn’t the last life change he would face. Eight years later, his parents had to go back to Zimbabwe. Mutatu and his 3 siblings were forced to grow up and go through the stages of life all on their own.

“They moved back in 2014. I haven’t been able to see them since then. My oldest brother Trinity, he kind of took care of my little sister and I, and he’s been taking care of us since then. It was definitely hard. They went back for reasons out of my control as a kid,” Mutatu said. “I was thankful that I had soccer, a good community to kind of work with me through it and push me. We stayed tight as a family and we’re kind of just going at it day by day.”

He still talks with his parents through text and video calls, but he hasn’t seen them for seven years so that’s where MSU soccer comes in — that team has become his family.

Having strong faith and playing the sport he loves have kept him and his family together even on different sides of the world.

“It’s definitely a great gift because you just grow up kind of loving it, loving to watch it. I know my parents and my brothers love watching and playing it as well. It’s really helped us stay together,” Mutatu said.

“As a kid, it kept me distracted and gave me something to work hard towards and stay disciplined with. It runs in the family, it’s a big part of us… it’s been great.”

Mutatu always saw himself in the green and white, following in his father’s footsteps. And the sport of soccer? That’s what continues to drive him through life.

He’s having an excellent senior season, leading the team with six goals.