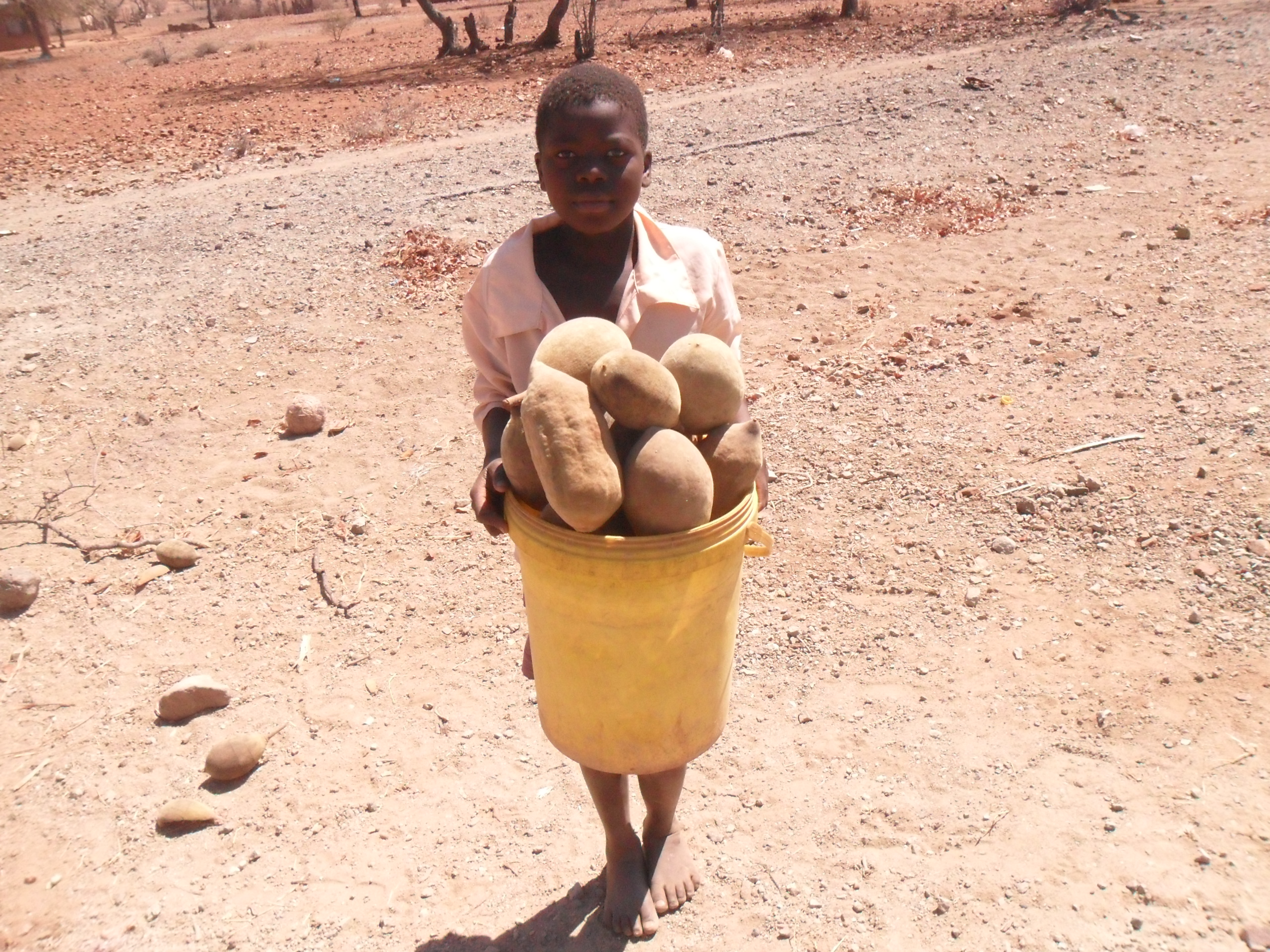 DRIVING along the pothole littered Birchenough Bridge/Mutare highway, one cannot help but marvel at the exceptional pieces of various baobab tree crafts displayed by the roadside.

The crafts on display range from mats, baskets and hats.

Not only is baobab tree fibre made products popular, but baobab fruit selling business is also booming in this dry part of Chimanimani district in Manicaland province.

Villagers in Nyanyadzi and Gunyanga areas along the highway have been associated with this tree for a very long time.

The tree is one of the most distinctive and useful African species as it can survive in dry conditions and can live for more than 500 years.

Many families have survived on Baobab pulp (Mauyu) during famine while some have managed to send their children to school by making crafts from the tree’s fibre.

“This area experiences recurrent draughts due to very low rainfall. Most of the people of my age grow up eating Mauyu not only during times of hunger but also on our everyday lives. The fruit is very nutritious and very common in the area,” Brain Mutindori, a local villager, said.

Because of the increasingly economic challenges in the country, baobab tree products have been commercialized.

The commercialization of the tree mainly centers on fruit, seeds and its fibrous bark which has been used by local villagers to make crafts such as mats and baskets which they sell locally as well as export outside the country.

One of the crafts persons Chioniso Mwabhuyangeyi, who sells her wares along the highway, said she has been making baobab fibre crafts since 1997.

Mwabhuyangeyi said Covid-19 has adversely affected her business.  She revealed that since the inception of the Covid-19 induced lockdowns about three years ago, business has remained subdued.

“Most of our clients used to be whites travelling from Mutare to Bulawayo or Chipinge. Now following the advert of Covid-19, it is now very difficult to get clients. During the past two years or so, there has been no business and most of craftsmen have now gone into farming and mining,” said Mwabhuyangeyi  who has managed to build a five roomed house through proceeds from mats selling business.

Some villagers like Takesure Gudyanga survive by only processing the baobab fibre and sell the raw material to local and foreign craftsmen.

“I supply fibre to a lot of people. At my homestead, I have got stacks of the fibre which I de-bark from the baobab tree and soak in water for a week before processing the fibre. I sell a buddle of the fibre for US$10 each. Before Covid, I used to sell more than five buddles every day,” Gudyanga said.

Hordes of fruits collectors including school going children line along the road selling the fruits to motorists and merchants from urban confectionary and beverage manufacturing companies who process the pulp.

According to the villagers, the baobab seed oil is also highly in demand in neighbouring South Africa where it is used in the cosmetic industry.

The commercialisation of the baobab tree in the area has clearly posed ecological as well as environmental challenges as evidenced by numerous de-barked trees in the area.

“I am really concerned about the wanton destruction of the baobab tree in Chimanimani for purposes of commercial activities. We urge the government and Chimanimani Rural District council to put in place measures to ensure ecological and economically sustainable harvesting of the fibre. I am also imploring the government to come up with more deterrent fines to non –compliance harvesters,” said Never Bonde Zimbabwe National Tree Planting ambassador.

However, the villagers regard their craft activities as not damaging to the environment.

“We have got very strict customary systems to police errant harvesters. A lot of people have been doing this craft business for a very long time, but the trees are still in existence. The debarking is done in such a way that after a certain period, the tree will regenerate,” said a local headman.

Debates about the conservation of the baobab tree has been raging on for a long time.