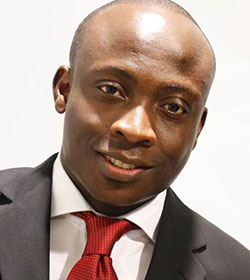 OFFICIALLY recognised remittances by Zimbabweans in the diaspora netted US$1.8bn in 2013. The figure excludes Rand and Pulas sneaked into the country stashed under the seats of cross-border buses. Conservatively, total 2013 remittances could very well have been in the region of $2.5bn. And much of this money was for consumption purposes – to sustain families back home.
At the same time, the total capitalisation of ZSE companies is nearing US$5bn. Fair to say, with a bit more confidence, Zimbabweans in the diaspora could literally own all companies on ZSE in two years’ time. How is that for an indigenisation plan!!
Divided house
Sadly, from observation and experience, most of the fiercest opponents to investing in Zimbabwe are not the foreign investors but the very Zimbabwean nationals living and working in foreign lands. Among their many gripes, the majority, in their personal capacity, have lost money back home through their own country-men and, more disappointingly, through relatives. Whether they are justified in their pessimism is beyond this post.
The tragedy turns more dreadful when you recognise that the same Zimbabwean Diaspora unconvinced about Zimbabwe is the point-man for international investors wondering if it is time to invest in Zimbabwe.  Expectedly, international investors would be reluctant to sink capital in Zimbabwe against opinions of Zimbabweans working for them – who in all fairness would be better placed to lead forays into Zimbabwe. It then follows that without winning the hearts and confidence of its nationals living abroad, Government’s overture to international investors is mostly falling on hard ground.
A need to broaden the Indigenisation policy
However, the idea is not to apportion blame, but to look for options that can move this country and the economy ahead. In the first place we should never be so polarised as to miss the greys tones where true progress can start.
The Zimbabwe Stock Exchange offers a fairly reliable and attractive platform for Diasporans to participate in the economic development of the country. With Government’s support, the indigenisation policy could be broadened and deepened to reach all citizen groups. The current law, suffering from its onerous thresholds, has its shortcomings which can be addressed by involving the stock market as a broad based empowerment tool.Advertisement

For example, benefactors of the policy, including communities and staff, are unlikely to realise tangible and personal benefits in the short to medium term. Most of the share ownership schemes are long term and only materialise after several years. In general, the biggest merit of capital is in its readiness to be used to take advantage of opportunities and as collateral. In the short to medium turn share ownership schemes fail at these two tests.
Another shortcoming is a lack of reach. The policy in its current form fails to articulate how a common worker would benefit. A security guard, teacher, nurse, bus driver and even government employee finds it difficult to see how he or she can participate. Not surprisingly, many view the policy with scepticism – in fact, it is perceived as the “concentration of benefits and dispersion of cost” sort of case. Diasporans also feel excluded and believe they are only called on to put money on the ground without having a say.
It is not all doom…
It is our belief that with a government seriously lobbying the Diaspora, the economy of this country could be on its way up. It is not unreasonable to imagine that if the Diaspora is to view Zimbabwe favourably as a safe investment destination, US$5billion could be remitted to Zimbabwe every year as FDI. Seeking to be as to home as possible, some Zimbabweans in the Diaspora, including those living in Australia, US, UK and SA, are parking millions in South Africa’s property and equity markets every year. Tell them about Zimbabwe, they wince.
But it should not necessarily be so. Firstly, because the JSE has turned into a quicksand – valuations are at an all-time high. Traders and investors are anxious to see the correction. They want to get done with Doomsday as soon as possible. On the other hand, the ZSE market has the majority of stocks screaming value. And, what about concerns of a misfiring economy? Interestingly IMF and government have a growth consensus of 3.1 percent for 2014. That is for Zimbabwe. South Africa’s growth prospects for 2014 are pegged at only 1.7 percent.
ZSE is getting its act together
As with many people, some would argue that losing money in Zimbabwe is the easiest thing to do. Not so many trustworthy business people around.
Among the few subjects that revive enthusiasm and optimism on Zimbabwe’s economy are the strides being undertaken by the ZSE. Management’s actions and plans are strengthening the local exchange as a modern and credible platform for exchanging securities. Among many avenues of investing in Zimbabwe, the ZSE is positioning itself as a safe way to invest in the local economy.
Firstly, the automation of the exchange, currently underway, is paving way for online share trading which will allow individuals, including Diasporans, to trade in shares remotely. Automation, together with the new central depository system, is going to promote transparent pricing of shares and participation of small investors in trading as costs go down.
In the last few weeks, trading fees have been reduced.   The effect will be enhanced competitiveness and cost effectiveness which attracts more investors. But more interesting are the plans to demutualise the stock exchange. Attracting the investment community to invest in the exchange will attract fresh capital and make the stock market more adaptive to global trends. Lastly, the exchange’s plans to make quarterly reporting mandatory will be the biggest source of credibility. It will strengthen corporate governance and transparency of the operations of listed entities.
Broadening the reach of the indigenisation program
With this background in mind, and to broaden the indigenous policy’s reach, we propose the set-up of ZSE listed investment vehicles that issue ordinary shares to indigenous Zimbabweans. Capital raised from these proceeds can be used to buy into companies and investors seeking indigenous equity. Issued shares will only be traded among the indigenous people. These listed investment vehicles will function like any other public companies with appropriate governance and shareholder rights that allow the appointment of competent management.
The benefit to the indigenous investors is that their capital, which is sought after, will come at a premium to international investors. Because shares are tradable, an ordinary working person will be able to buy shares for as low as an investment of $50.00. With the automation of the ZSE, trading can be done online, enabling different groups including Diasporans and the ordinary man, to trade shares on smartphones and PCs. The divisibility and tradability of this ownership will enable the ordinary man to use his stock as collateral and turn it into cash if need be.
But the benefits of this model will not only accrue to the ordinary man and country as whole, it also tells the international community that Zimbabwe’s indigenous law is not extortionist but seeks to promote partnerships with international capital in a transparent way. International investors, including multinationals, would welcome co-investing with a professionally run investment vehicle where ownership is not concentrated but spread over thousands of people. It provides a sense of comfort that the motives of this investment group are aligned to theirs as well.
Most importantly, this approach will also help to convince international mining houses to list locally. For example, the Australian-listed Zimplats has in the past raised concerns of the feasibility of securing indigenous equity on the local bourse. For the mining sector, where Government’s demand for 51 percent is sticky, listed indigenous investment vehicles would help to guarantee that equity.
The proposed concept is not entirely new. In South Africa large publicly listed companies such as Sasol and MTN have created ordinary shares for BEE-compliant persons. Despite being traded on a separate trading platform, Sasol’s Inzalo and MTN’s Zakhele’s ordinary shares allow current and potential BEE shareholders to register their selling and buying orders. In turn the shares help these companies to reach their BEE ownership thresholds.
Ray Chipendo is the Research Lead at Emergent Research. He is contactable on rayc@emergentcapital.co.za, @ray_chipendo. This article was originally published by The Source.