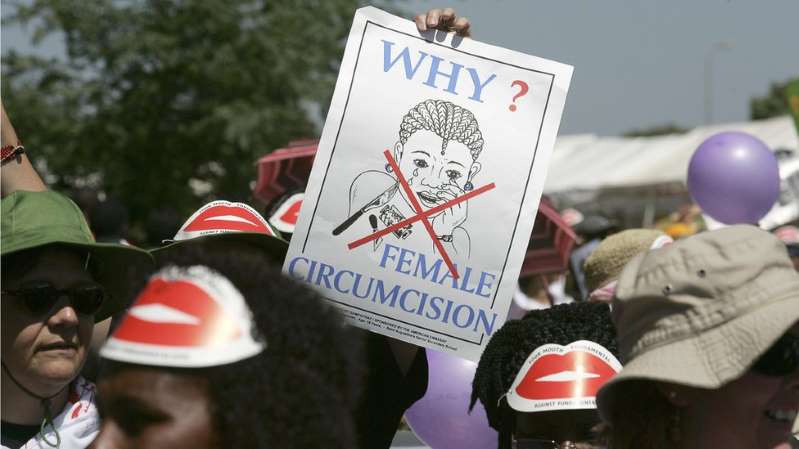 Rates of female genital mutilation (FGM) have fallen dramatically among girls in Africa in the last two decades, according to new research.

The study, published in BMJ Global Health, cited a “huge and significant decline” among under-14s.

The practice involves removing all or part of a girl or woman’s external genitalia, including the clitoris.

Some societies treat it as a rite of passage, but human rights groups say it is inhumane and physically dangerous.

In the worst cases, victims can haemorrhage to death after they are cut, or die of infections.

Unicef, the UN children’s agency, estimates that 200 million women and girls have undergone FGM worldwide – mostly in parts of Africa and the Middle East.

Using data from 29 countries and going back to 1990, the report’s authors found that the biggest fall in cutting was in East Africa.

Some countries with lower rates – including Kenya and Tanzania, where 3-10% of girls endure FGM – helped drive down the overall figure.

However, campaigners have observed that while younger children are most at risk, older teenagers and young women are also affected by FGM – and the study did not include them.

“We are pleased to see that the numbers are coming down in a lot of countries,” said Emma Lightowlers, a spokeswoman for the Africa-focused campaign group 28TooMany. “But it doesn’t tell the whole story and there are other groups where cutting takes place after the age of 14.

“It takes place in teenagers, or in fact, even in women in preparation for marriage,” she told the Thomson Reuters Foundation.

The team behind the report, which includes scientists based in Britain and South Africa, used data gathered for the Demographic Health Survey and Unicef, which covered almost 210,000 children.

Why did the study find a drop in FGM?

Ngianga-Bakwin Kandala, a professor of biostatistics at the UK’s Northumbria University and the study’s lead author, told the BBC the team hadn’t looked at the reasons why FGM rates were falling. However, he has “a working hypothesis” that it’s down to the attitude of mothers.

“Many international organisations have invested a lot of money… the mothers have been educated,” he said.

“If there is any change, we’ll be seeing it perhaps through the decision they’re going to make for their daughters.”

Some parents may simply fail to report having had their daughters cut, he admits – especially in countries which have made FGM illegal.

“That is possible because [in this study] we are relying on the goodwill of the mothers reporting that their daughter was circumcised. There may be fear of the law, or the stigma attached to it.
“In Senegal, for example, we know that people have made public declarations. A huge event – people will gather, and you pledge that you will not be doing this to your daughter. In terms of reporting, then you may be feeling embarrassed having to report that you have done it. This is a very valid point.”

Activists hope further research will now examine changes in attitudes to FGM around the world, so the data can be considered in its full context.