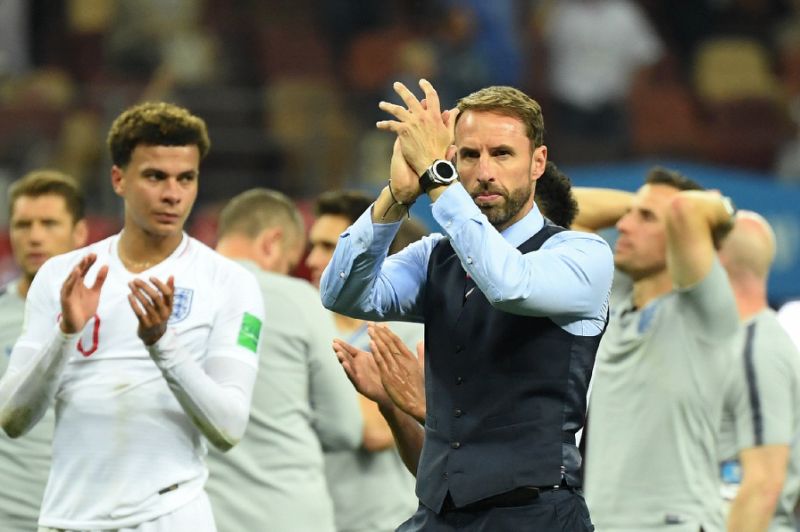 Gareth Southgate insisted on Sunday his work as England manager was far from done as he indicated he had no interest in taking charge at Manchester United any time soon.

A recent report in Britain’s Sunday Telegraph said Southgate was on a shortlist being drawn up by Old Trafford chiefs as they sought a permanent replacement for the sacked Jose Mourinho.

But with Ole Gunnar Solskjaer, the caretaker manager, having won his first seven games in charge of United, the Red Devils may have a ready-made successor in their former striker.

In any case Southgate, who last year in Russia took England to their first appearance in a World Cup semi-final since 1990, and has since guided them to qualification for the inaugural Nations League finals, has unfinished business with the Three Lions.

The former England centre-back made that clear when, at a Football Writers’ Association dinner in London on Sunday he was asked, following the United speculation, if he felt fulfilled by the England post.

‘Job is not done’

“I’m the England manager and it’s a privileged position to be in,” Southgate told Sky Sports.

“We’ve had the best year for 28 years and we’ve got a semi-final this summer and a European Championship that’s predominantly at Wembley, providing we take care of business to qualify.

“So it’s a hugely exciting time with the team. I don’t think we’ve progressed as far as we can yet. I think there’s room for us to grow.”

As for Sunday’s event, staged in honour of Southgate, his England squad and staff, he said: “When you’re having tributes, you’re thinking, ‘Well, the job is not done for us yet, there’s a lot for us to go for and a lot of improvement for us to make’.”

England captain Harry Kane, the Golden Boot winner in Russia, has been a key member of Southgate’s side.

But Kane has been ruled out until March after suffering an ankle injury during Tottenham Hotspur’s 1-0 loss to Manchester United last weekend.

While saddened to see Kane injured, Southgate said his absence could yet benefit both club and country.

“I’m sure they (Spurs) and England will get a player that’s refreshed from that little break and stronger again, and hungry to go,” Southgate said.