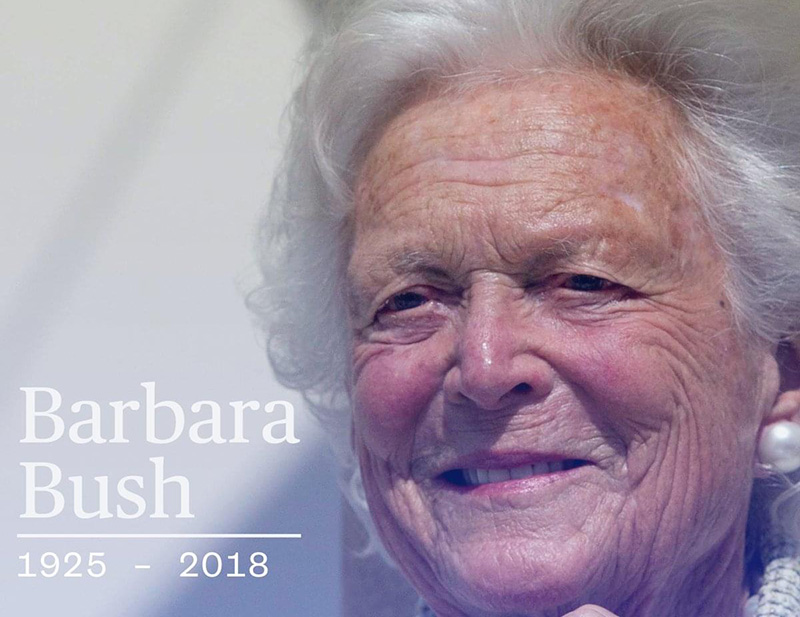 HUNDREDS gathered Saturday for a private funeral for Barbara Bush at the nation’s largest Episcopal Church.

On Saturday, her family remembered her as a God-fearing, kind and strict woman who devoted her life to others.

“She called her style a benevolent dictatorship, but honestly, it wasn’t always benevolent,” former Florida Gov. Jeb Bush joked as he gave one of the eulogies.

The Bush son recalled his mother as a wonderful example, and his parents’ marriage as loving and long-lasting. They were married 73 years, until the day of her death. The late former first lady’s grandchildren read biblical passages, ones that could — in many ways — relate to their grandmother’s life.

“Strength and dignity are her clothing. And she laughs at the time to come,” Jenna Bush Hager, the granddaughter of Barbara Bush and son of George W. Bush, read from Proverbs 31.

Susan Garrett Baker, longtime friend of the late Barbara Bush and the wife of former Secretary of State James Baker, called her the “gold standard of what it means to be a friend.”

Following the service, the late former first lady will be buried at the Bush Library at Texas A&M University, about 100 miles northwest of Houston. The burial site is surrounded by trees and near a creek where the couple’s 3-year-old daughter, Robin, who died of leukemia in 1953, is buried.