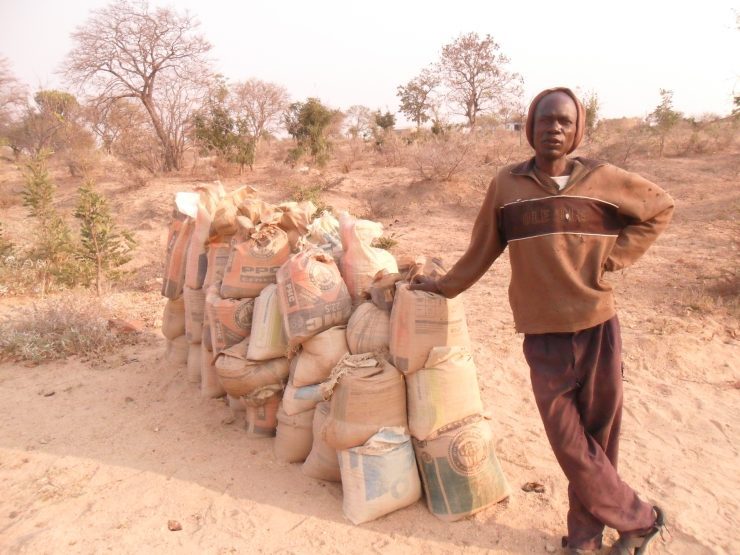 HUNGRY villagers in some arid areas of Mutare South in Manicaland province have resorted to selling river sand extracted from silted and dry rivers in the area.

Some villagers in Wengezi and Muromo areas told NewZimbabwe.com they have resorted to the laborious sand selling business in order to raise cash to buy food.

Many families in the province face starvation due to poor harvests last season.

“There is no other economic activity we can do here except for the sand selling business. This area is dry and a lot of people harvested very little,” said Trymore Gwazemba who plies his trade along the Mutare-Chimanimani highway.

“Most people are now extracting sand from rivers and sell it in Chimanimani and Chipinge where river sand is scarce.”

“On a good day, I can push 50 bags. My clients are mostly people in the diaspora who are constructing houses. I also supply some scale construction companies in Mutare with sand,” said another dealer who only identified himself as Martin.

He claimed that most of the sand dealers have been given the green light by the Environmental Management Agency (EMA) officials to extract sand from the rivers.

“We are not sand poachers like those sand dealers in town who cause environmental damage because they extract the sand on open areas. EMA actually encourages our business because we are only extracting sand from silted rivers,” said Martin.