The Zanu PF youths accuse the three top politicians of calling for the West and the US to impose sanctions against Zimbabwe. They blame the restrictive measures of being behind the country’s worsening economic crisis.

The fliers calling for Zanu PF supporters to heed the call and come in their thousands to invade the three politicians’ homes have been circulating on social media.

However, Biti was quick to describe the proposed siege at their residences as ‘nonsense’.

“Tirikuuya kuzogara tichidyawo zvamurikudya (We are coming to eat what you are eating), we will make Chamisa’s homestead ungovernable. We meet at Makwivirivindi Growth Point (in Gutu) before we proceed,” reads one of the posters.

“Bring the sick who cannot afford medication, graduates who cannot find jobs, pensioners who cannot withdraw their money, students who are failing to pay school fees.”

The occupation is planned for Saturday. 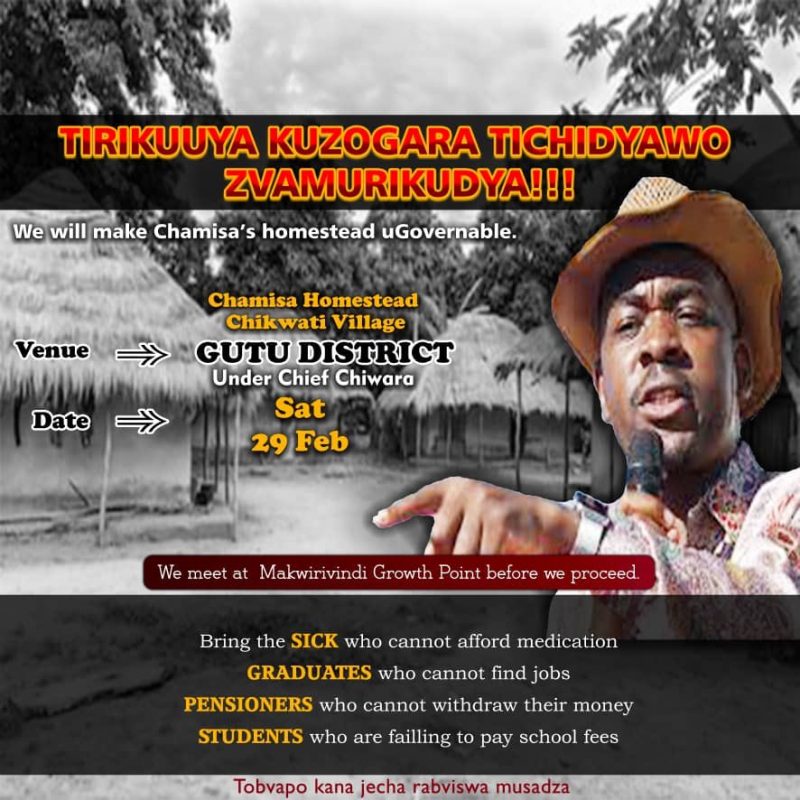 Sikhala, fresh from his treason trial triumph against the State, also received similar threats with a flier questioning how he got his big belly within a year of holding public office.

“All roads lead to St. Mary’s (in Chitungwiza), huge belly in less than one year, employ us where you are employed. Feed us with what feeds you,” reads one of the posters directed at Sikhala.

Sikhala’s St Mary’s house number is inscribed on the filer. 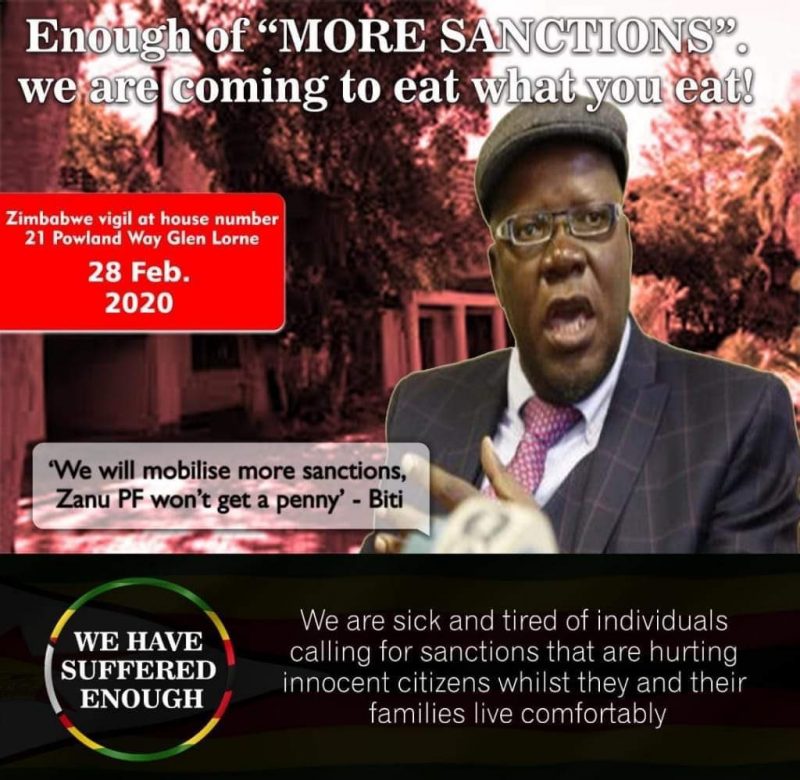 Biti, who in the past has been accused of calling for economic sanctions against Zimbabwe to remain, also has a similar flier.

“Enough of ‘more sanctions’, we are coming to eat what you eat, we have suffered enough. We are sick and tired of individuals calling for sanctions that are hurting innocent citizens whilst they and their families live comfortably.”

However, Biti dismissed the fliers as evidence that President Emmerson Mnangagwa has lost his mind.

“Emmerson has lost his marbles,” he wrote on Twitter.

MDC youth assembly spokesperson Stephen Chuma said the party youths would respond with violence to any attempts by Zanu PF youths to harass the party leadership.

“We will defend our leaders to the last drop of our blood, any such nonsense will be met with equal force and resistance,” said Chuma.