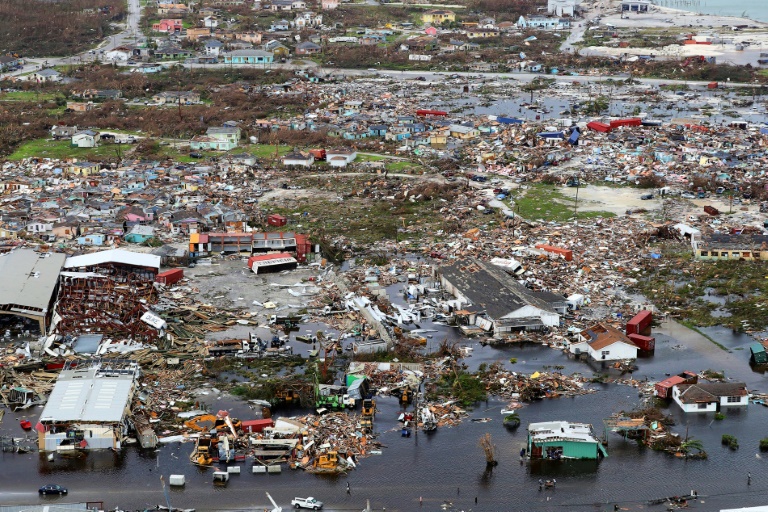 Hurricane Dorian lashed the Carolinas with driving rain and fierce winds as it neared the US east coast Thursday after devastating the Bahamas and killing at least 20 people.

Parts of downtown Charleston were flooded, with video footage showing people kayaking in the dark in gushing knee-deep water in the stately city on the coast of South Carolina. Trees bent in wind gusting in from the sea.

Dozens of streets were reported closed as up to 20 inches of rain were forecast and forecasters warned of flash flooding.
As day broke, the Category 3 hurricane was 80 miles (130 kilometers) southeast of Charleston, moving north along the coast with maximum sustained winds of 115 mph, the National Hurricane Center said.

Hundreds of thousands of people in the Carolinas, Georgia and elsewhere were under evacuation orders as the US girded for its taste of a storm that caused severe destruction in the Bahamas.

Power has been knocked out to more than 80,000 customers in South Carolina, and at least 22 shelters have been set up for evacuees, the state emergency management agency said on Twitter.

On Wednesday Bahamas Prime Minister Hubert Minnis said at least 20 people were known dead so far and he described the damage as nothing short of “generational devastation.”

The US Coast Guard and Britain’s Royal Navy airlifted survivors and ferried in emergency supplies as floodwaters receded in the Bahamas.

The United Nations said 70,000 people on Grand Bahama and Abaco islands were in “immediate need” of aid.

Minnis also warned that looters will be prosecuted “to the fullest extent of the law,” and said additional police and defense force officers had been deployed.

Shelter, safe drinking water, food and medicine were urgently needed for some 50,000 people on Grand Bahama and between 15,000 and 20,000 on Abaco, UN emergency relief coordinator Mark Lowcock said after a meeting with Minnis.