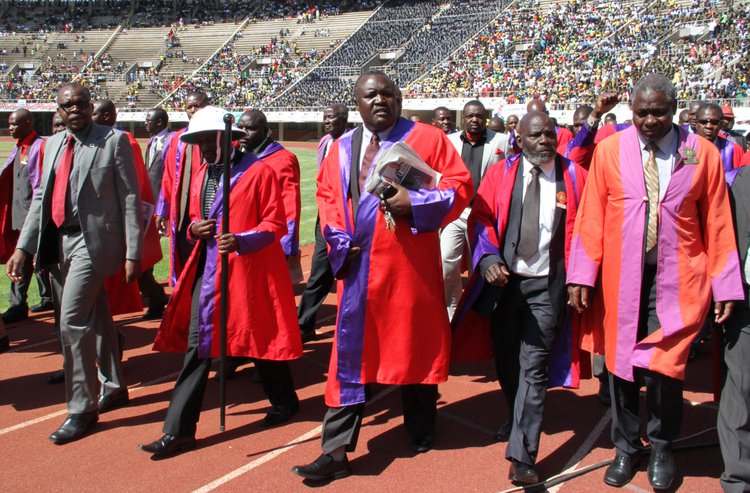 HURUNGWE: A local couple has been summoned to stand trial before Chief Chundu after being charged with growing millet crops (mhunga) and breaching traditional norms through communicating with the chief over the cell phone.

According to the chief (born Abel Mbasera), it is taboo in his jurisdiction to grow millet.

The traditional leader has since ordered that the crop to be destroyed immediately.

However, the directive could be in conflict with the Ministry of Agriculture’s call to local farmers to also grow small grain as they boost food security in the country.

Ishamael Madhuviko, 47, and his wife Prosper Mashanda, 42, are expected to appear before Chief Chundu’s community court at Mahawu Secondary School in Hurungwe District this week.

However, the couple has since sought the help of the Zimbabwe Lawyers for Human Rights (ZLHR) to represent them in the matter.

Chundu is also accusing Madhuviko and Mashanda of communicating with him over the phone and asking Mashanda’s brother, who is a police officer to persuade the chief to reconsider his decision of destroying their millet crop.

“Chief Chundu’s decision to outlaw the growing of small grains, which is purportedly a ‘traditional’ belief, is at variance with government, which in recent years has been aggressively advocating and promoting the growing of small grains, which are drought resistant crops in order to alleviate hunger and enhance food security in the wake of successive droughts and to mitigate the effects of climate change in Zimbabwe,” said ZLHR in a comment.