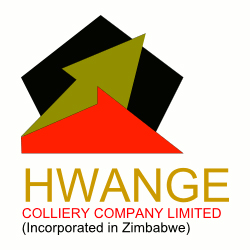 Hwange Colliery Company Limited (HCCL) workers’ spouses Monday staged a peaceful demonstration demanding payment of their husbands’ dues.
They also demanded the resignation of Managing Director Engineer Thomas S. Makore for breaching a 2016 High Court order compelling the management to pay workers’ salary arrears.
Hundreds of women staged a sit in demo at the production site mainly the Open cast and three main underground mines.
Workers Union representatives revealed that the management has failed to pay them a 2, 6 percent under the scheme agreement for January 2018 but promised to pay 50 percent by end of July.
“The June 2017 payment in compliance with the court order was only 7 percent, which was 16 percent short of the 23 percent the court ordered the mine to pay its workers.
“A balance to be paid in December the same year was not honoured as workers got a paltry 2.6 percent. HCCL had promised to pay the 2.6 percent of the scheme arrangement every month over 36 months,” said one of the workers’ representatives who refused to be identified.
It is also alleged that Grade 1 la-1hc1 were paid September 2017 salaries in November and the Grade 1hc2, mainly artisans, plant operators and technicians to level 2H –middle managers have not received the September salaries.
Monday, tempers ran high after the workers were told that the mining company was bankrupt with Makore promising to pay the arrears when the company “coffers improve.”
According to the workers representatives, Makore’s promises helped to incense the workers some of whom who have lost their lodgings due to failure to pay rentals.
The workers have blamed Zanu PF politicians who they say brought down the company through awarding mining rights to themselves and taking away the mine business in the process.
Hwange Colliery Mine which extracts coal has, for some years, recorded losses prompting government to intervene and resuscitate the mine which was facing closure.
Efforts to contact Makore were fruitless.Advertisement