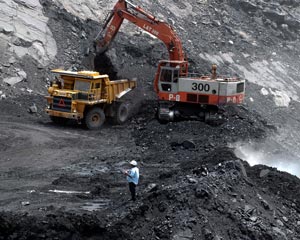 HWANGE: Struggling coal miner, Hwange Colliery Company Limited (HCCL) has begun a process of downsizing its workforce in a development that would see top managers losing their jobs with the company cutting labour costs by $15 million.
The company, which reported a net loss of $115 million last year, is seeking to reduce top management posts from 23 to eight.
Acting chairman Jemister Chininga visited the mine on Monday and he met management to discuss the plans.
“We are here to start the process of downsizing. The management has been briefed and the next step will now be to identify the best, lean, structure that is line with the level of our business activity,” said Chininga.
He declined to say how many workers will be affected by the downsizing, although indications are that the process targets mostly top managers.
HCC workers have not been paid for 30 months and Chininga said restructuring would cut costs by $15 million per annum.
“We hope to save up to $15 million a year with a leaner organisation. We will implement the exercise once management identifies the departments that need restructuring,” he said.
Chininga said the company, which requires $10 million working capital, was concerned about the latest financial results where it posted a net loss of $115 million hence the need to cut size of staff which doesn’t correspond with the level of operations.
The poor performance followed another loss of $38 million a year earlier after the company recognised a $69,1 million Zimbabwe Revenue Authority liability covering six years as well as a decline in production.
Production fell from 1,8 million tonnes to 1,55 million tonnes on the backdrop of high fixed overheads as well as challenges experienced with the new equipment which was commissioned in June last year.
The result of this was an increase in direct costs of production without a corresponding rise in output. Chininga said the company is failing to utilise the new equipment acquired from Belarus and India due to working capital shortages.
Revenue declined to $67,6 million from $83,9 million due as sales fell 13 percent and the decline of coal and coke prices.
Borrowings increased to $51 million from $12 million due to long-term loans from Export Import Bank of India and RBZ/PTA Bank. The company is working on a facility from Agribank, which will enable the company to purchase consumables.Advertisement

HCCL early this year had some of its equipment auctioned over unpaid debts to a Chinese company.
The mining company is facing litigation for claims amounting to $20,6 million while cases worth $20,1 million have been awarded against it.