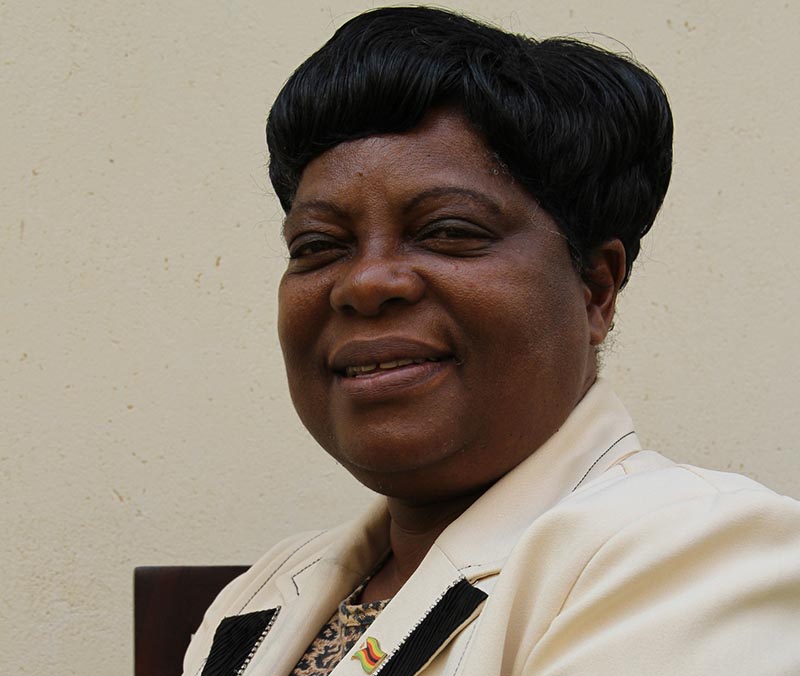 HWANGE: THE body of former Minister of State for Matabeleland North Province, Thokozile Mathuthu who died on Monday lay in state at her Hwange home on Thursday.

Mathuthu, a former governor for Matabeleland North and also ex-deputy minister of Information, Media and Broadcasting Services, succumbed to a long illness with cancer at the age of 61.

Mathuthu’s body was flown in an Airforce of Zimbabwe plane to Hwange to afford her home district an opportunity to bid her farewell.

SMEs minister Sithembiso Nyoni were the high ranking Zanu-PF members that accompanied the body from Harare to Hwange.

A funeral service co-led by the Seventh Day Adventist Church and Zanu-PF was held at Colliery Stadium where body viewing was done.

The body then spent the night at the family’s Empumalanga suburb and will be flown to Bulawayo Friday morning for another service.

However, it was the small crowd at Colliery Stadium that should be worrying all and sundry especially Zanu-PF.

The crowd was not symbolic of a person of Mathuthu’s political status and not synonymous with the praises showered on her by the authorities.

Regardless of the small crowd, speakers described Mathuthu as a true hero whose developmental approach helped in the growth of Lupane as a provincial town.

The husband said: “I learnt a lot from her in the 40 years that we were married since 1977. I hope to continue with her legacy.”

Chief Nelukoba of Dete said Mathuthu upheld values as she would knew down whenever greeting traditional leaders.

“She was respectful. She would crawl on her knees regardless of one’s age.

“I have good evidence of how she brought Matabeleland North out of Bulawayo and relocated to Lupane which no one else ever did.”

Minister Nyoni described Mathuthu as a leader par-excellence whose perceptive character made her a focused leader.

Mathuthu was deputy secretary for the Zanu PF Women’s League at the time of her death.