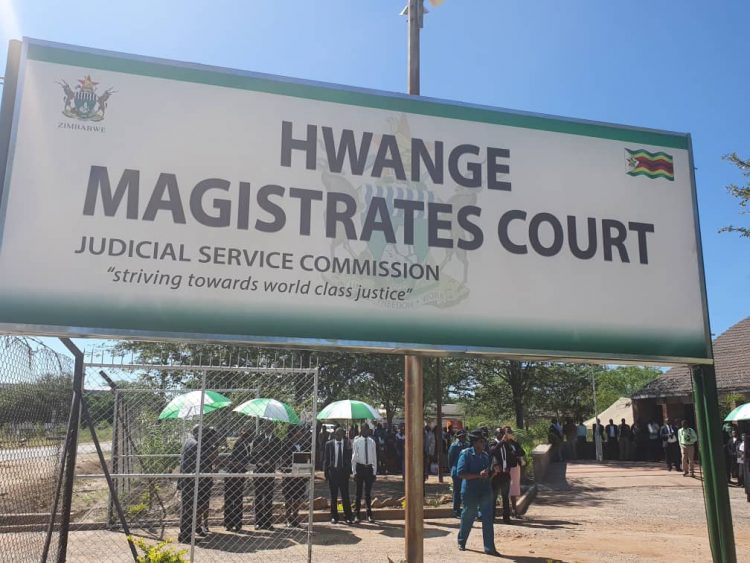 HWANGE: Police here have charged a local man for the injuries sustained by two women who were shot by a stray bullet that was discharged from one of the police officers’ AK rifles at the Hwange Colliery Company mine site last Saturday.

Macdonald Mpongweni (58) of the DRC section in Empumalanga was not asked to plead to negligently causing serious bodily harm as defined in Section 90 of the Criminal Law (Codification and Reform) Act Chapter 09:03, or alternatively resisting arrest by a peace officer.

He appeared before Hwange magistrate Rangarirai Gakanje who remanded him in custody to September 4.

Mpongweni is the owner of a 3.5-tonne truck that police found at the dumpsite when they raided the scene following a report by the colliery security that there were people stealing coke nuts on Saturday evening.

Police allege that Mpongweni resisted arrest resulting in one of the policemen, only identified as Constable Hove pulling away car keys from the ignition, thereby, causing a scuffle.

The two were at their compound a short distance away from the scene.

Prosecutors allege Mpongweni is the one who pulled the rifle’s trigger.

Nleya who is stationed at ZRP Fairbridge and is deployed in Hwange, sent three police officers, Sergeant Mazarura and constables Hove and Zvidzai to attend to the scene.

They were accompanied by the colliery company security guards Hazel Nkomo and Ryder Banda.

“Upon arrival at the main plant, the team saw a group of about 30 people carrying sacks of nut cokes, picks, and shovels fleeing from the scene through a broken fence on the western side of the plant. The police officers gave chase,” said the prosecutor.

In the process, Zvidzai and Hove saw a 3.5-tonne truck parked nearby and loaded with bags of coke nuts.

“Hove approached the driver and advised him that he was under arrest for illegal possession of coke nuts. Hove removed the keys from the ignition resulting in a scuffle with the accused resisting arrest and trying to take back his car keys.

“During the scuffle, the accused person held the rifle on the trigger guard pulling it down resulting in the accused accidentally squeezing the trigger of the AK47 rifle loaded with a magazine of 30 rounds. One round was fired from the rifle resulting in the injury of Zulani Mudenda (46) and Twabona Nyoni (25) who were not part of the crowd stealing the nut coke,” the court was told.

An angry crowd of residents reportedly blocked the police from towing away the truck as they sought to revenge against the shooting.

The police later arrested Mpongweni for the incident while the police officer involved in the scuffle has not been arrested.