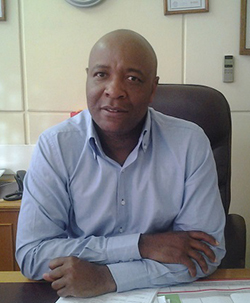 HARARE: Hwange Colliery says it will resume underground mining of high value coking coal in October, and expects to start trading profitably from July.
Shareholders in May approved a scheme of arrangement to stagger debt repayments, saving the company from going under judicial management. The deal also stopped its equipment being auctioned off for failing to honor obligations and allow the colliery to borrow money from banks for working capital.
Managing director Thomas Makore told journalists on Friday that the company was in the process of implementing the Scheme.
“All the procedural steps of approval and registration have been achieved. We have verified the balances for the staff and they were paid their 7 percent deposit which comes to about $5,5 million dollars in accordance with the scheme of arrangement. We are verifying balances for the trade creditors and we will soon be making those deposits,” said Makore.
Last year the coal miner reported a loss before tax of $89,9 million.
Chairman Winston Chitando who also addressed journalists, said production levels had begun to firm with the company expected to return to profitability in the full year in what would be a first since dollarisation in 2009.
“For the month of June, production will be 230,000 tonnes which compares (favorably) to an average of 80,000 tonnes last year. From July we will be trading profitably, generating a net profit. We are (also) looking at a net profit in the second half of the year,” he said.
“We expect to commence underground mining coking coal in October and that will further enhance profitability …..we are firming up contracts to undertake exploration in the western areas and that should commence within the next two months.”Advertisement