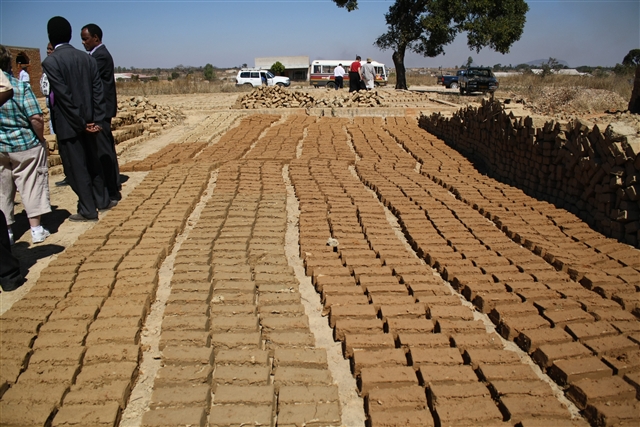 HWANGE residents and other stakeholders have implored the Hwange Local Board (HLB) to avail land for illegal but thriving brick moulding activities which they say have potential to generate revenue and contribute to the town’s economy.

The past few weeks have been chaotic for HLB whose town security has been involved in running battles with hordes of brick moulders in Empumalanga, Don Bosco and Truck Stop areas.

Concern has been raised over the extent of land degradation in the urban area as none of the pits are rehabilitated.

The activity has been going on for the past decade but escalated in the past few months because of economic hardship and the loss of jobs caused by Covid-19.

Speaking during a weekly virtual meeting organised by civil society, various stakeholders seemed to side with illegal brick makers.

“These activities are a result of council incompetence. Ideally, if the Empumalanga sewer plant was functional, no one would be going there.

“The activity is thriving because there is a ready market for the bricks while the whole town has clay and coal which are the inputs for bricks. Council should just avail land and formalise the activities of these people,” said Daka.

Hwange West MP, Godfrey Dube said there should be dialogue between council and illegal brick makers as opposed to evicting or arresting them.

“The whole of the constituency benefits from brick moulding as people are building houses. All we need is take stock of who is doing it and bring them on board. We need to regularise them, so they become small and medium enterprises,” said Dube.

“There is a council resolution that people doing brick moulding should stop as they are not regulated. The council has not set aside land for brick moulding. We have deployed police but that is not sustainable as they have faced resistance.”

The local board is not benefiting from the illegal activities as the brick makers were not paying rates, according to council officials.

A majority of people making bricks are believed to be former Hwange Colliery and Brick Fields workers who lost their jobs and have been joined by a lot of other residents.

There are reports of influential community leaders being involved as well.

The bricks have a ready market in Hwange, Victoria Falls, Lupane and even as far as Bulawayo.

Some have urged the HLB to upgrade its by-laws to be able to deal with the menace.