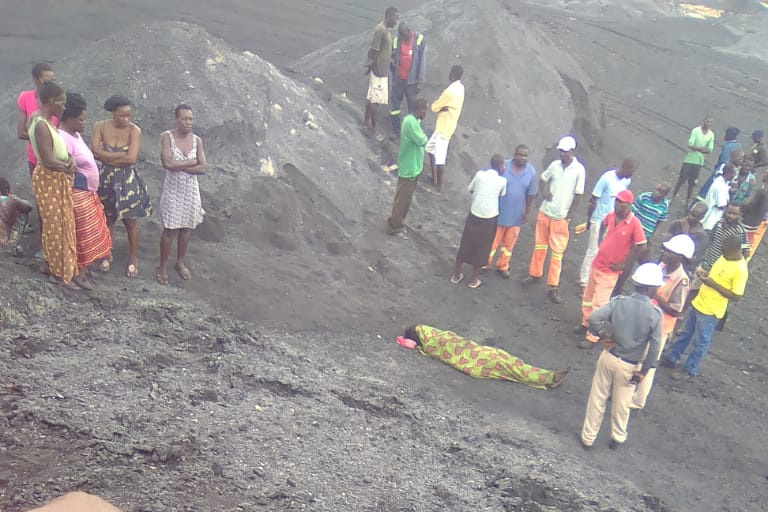 A HWANGE woman died Wednesday after a heap of coal rubble reportedly collapsed on her as she illegally extracted some coke at a dumpsite.

Simelweyinkosi Dube, aged 31, and residing at house number A110 Madumabisa village, had gone to a dump site in Hwange where residents illegally extract coke from coal waste for use as a source of energy.

They use the coke to make fire at home and also to bake bricks which they mould for sale in a bush between Cinderella suburb and Baobab Hotel.

The cheaper bricks are sold as far as Victoria Falls and have become a source of income for a lot of residents following the demise of Hwange Colliery company.

According to a report made to the police, Dube was in the company of Bethani Ndlovu who survived the incident.

There were other residents who were also illegally extracting coke from the dumpsite when the incident occurred on Wednesday afternoon.

“The deceased was with Bethani Ndlovu illegally extracting coke from a coal dump site. The coal rubble curved in while the two were digging for coke and Ndlovu managed to escape while the now deceased was trapped. A front-end loader was used to dig her out before she was rushed to hospital,” read part of the report to the police.

Dube was confirmed dead on arrival to Hwange Colliery Hospital.

Councillor for the area, Cosmas Nyoni said residents were invading the dumpsite to dig for coke as they try to find ways to make a living at a time a lot of them were now unemployed or were not being paid at the colliery.