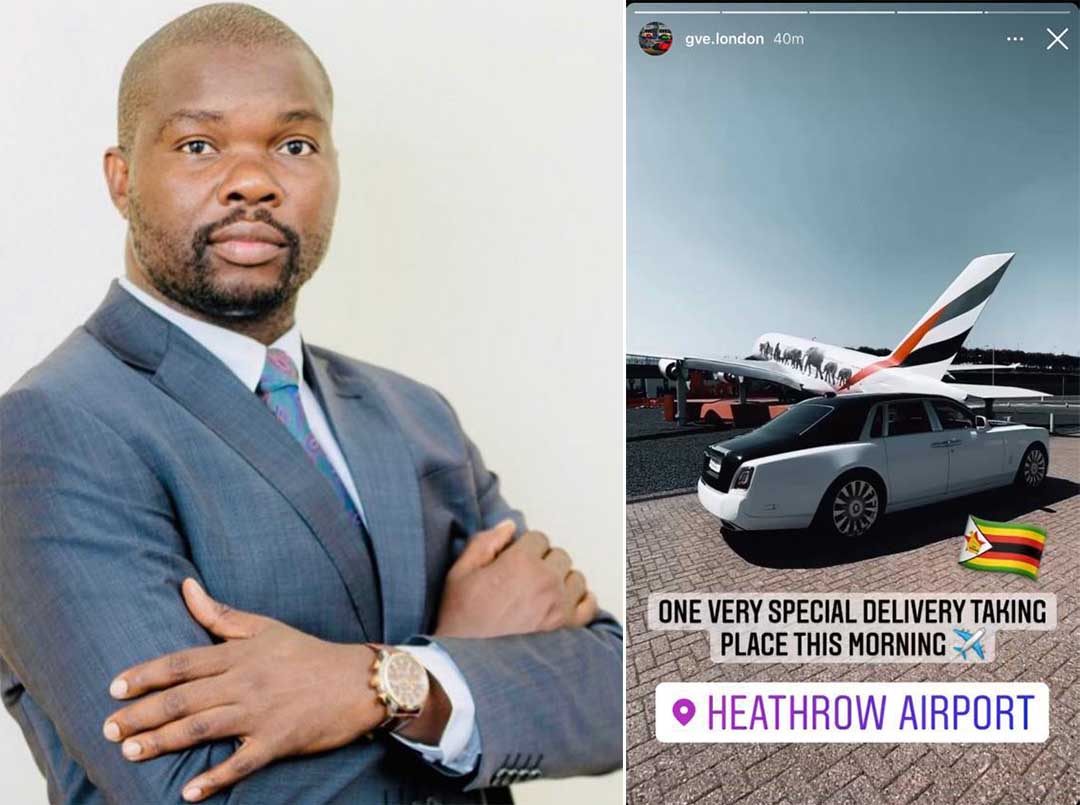 YOUTH, Sport, and Recreation  deputy minister Tinomudaishe Machakaire, has responded to media reports which identified him as the importer of a US$770 000 Rolls Royce Phantom super car from United Kingdom company, GVE London, saying he has worked so hard he can now afford any car in this world.

The big-spending  39-year-old businessman and Wedza South MP came under spotlight last week after GVE London posted a video on social media indicating it was shipping the much envied vehicle to a Zimbabwean minister.

The company, however, did not name Machakaire as the owner.

Social media went into a frenzy pointing fingers at Machakaire as the owner of the Rolls-Royce questioning his conscience when importing a luxurious vehicle in a country whose half of the population is in extreme poverty.

Posting on his Facebook account, Machakaire said: “I have seen with concern several stories making rounds on various social media platforms particularly Twitter. Ideally, I would have kept quiet and let time reveal all truths. However, I feel I owe it to you my constituents to set some records straight. First and foremost, no respectful lawyer and or journalist conducts investigations or trials on social media. It solves and achieves nothing. I would have been impressed had they had gone to the public with the results of a thoroughly researched investigation,” he wrote.

“Secondly, it is true, I do have the capacity to buy the car in question and more. In my entire life I have never applied for a government tender or wish to have one. My business covers the whole of Southern Africa with Regional Contracts,” he further wrote.

“Third, as I mentioned before no meaningful investigation was ever conducted on social media. If there are any queries or questions regarding my source of income, feel free to approach the relevant offices. It is a matter of public record that I have declared all my wealth to the government thus I have nothing to hide. I do not appreciate people taking liberties with my name and reputations. I have worked hard, day and night to get to where I am today. The possessions I have today we’re not acquired by waging keyboard wars and misleading the masses trying to gain a following. They were acquired by hard work and dedication.”

Machakaire is not the first public figure to torch a storm for big spending habits.