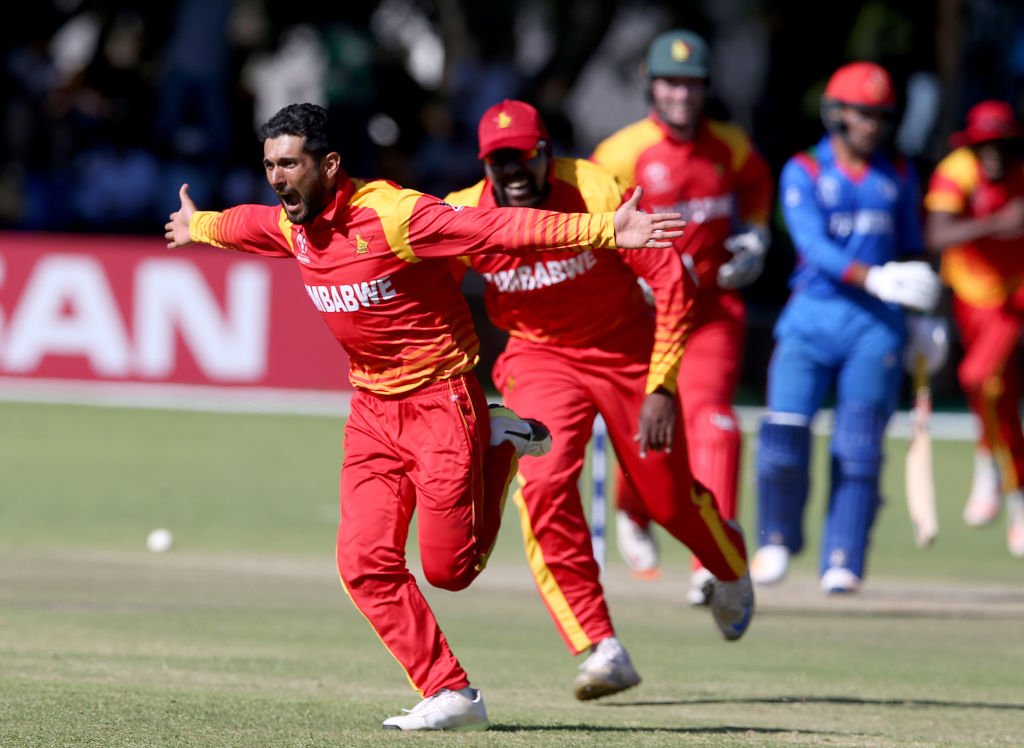 ZIMBABWE captain Graeme Cremer has spoken of his emotions during the dramatic late stages of his team’s stunning comeback win over Afghanistan.

Recalling the final over, when last pair Dawlat and Shapoor Zadran required four runs for victory, the home side’s skipper said: I couldn’t actually breathe. It was so nerve-wracking out there.”

After a dot and a single, Brian Vitori had Shapoor caught behind to seal the win. “We had fought back so well,” said Cremer, “it would have been a shame if there was a nick for four or something. Luckily it went to the keeper and I’m really happy for the guys.”

Cremer was delighted that his team managed to defend a below-par 196 – particulary given Afghanistan were 156/3 at one stage.

“We were hoping for 260, we though that was par. But in these sort of situations when you have a score on the board you feel like you’re never out of the game, and it showed today. We held the middle overs nicely and we knew that one or two wickets at any stage could turn things and that’s what happened.”

He also paid tribute to the army of Zimbabwe fans who did so much to create a memorable atmosphere at Queens.

“To see them turn out like this is excellent and we’re so happy we didn’t disappoint them,” he said.

Star all-rounder Sikandar Raza – who picked up the Player of the Match award for his 60 with the bat and 3/40 with the ball (all picked up in one match-turning over) – spoke of the team’s character in the second half of the game.

“It’s not the ideal start that we had,” he said, “but one of our mottos is that we win from any position and we strongly believe.

“The momentum was with the Afghans, but what we certainly wanted was to start well [with the ball], and we did start well. Shahzad was a key wicket along with Ihsanullah because those two guys can take it away quickly.

“For me the most important part was the character we showed when Rahmat and Nabi were batting; we kept plugging away, kept plugging away and we got Rahmat first, followed by Nabi, and we strongly believed that 163/4 can become 190 all out.

“To be honest it got too close for comfort, but we’ll take a win whether by one run or three.”

He also thanked the home crowd for their infectious energy throughout the dramatic second innings.

“Today certainly felt like the 12th man were the fans. This is what the crowd can do, what the home crowd can bring up, I thought the way they cheered, it’s like they never let us put our heads down, and that was a great, great energy that was shown by our fans and I want to thank them all for that fantastic energy that they showed.”