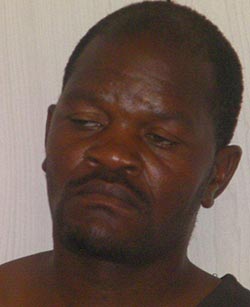 ENOCK Chihombori, writer and director of the famous Gringo series on Saturday shed tears at the National Arts Merit Awards Celebrations held at Bulawayo Rainbow.
The now Botswana-based artist said Nama was the only return he got from the film.
“This award is the only thing that I got from Gringo the Trouble Maker,” said Chihombori visibly failing to hold down emotions.
“I funded this project with my own money. I convinced my wife to use our money on this production. When the movie was released they took my production and pirated it.”
Chihombori lamented that he had nothing to give to the late producer of the film, Lillian Chidavaenzi’s children.
“She worked so hard on this production but unfortunately she died before the movie was released. What do I tell the children now that I did not get a cent from the movie,” said a teary Chihombori.
Chihombori was one of the many winners that took home a prize money of $500, hampers and different other goods.
The biggest winner should be Jah Prayzah who won four prizes including the People’s choice Award.
The event also saw promoter Biggie Chinoperekwei making it to the list of special award after his company Divine Assignments was named Promoter of the Year.
In line with his achievement, a Nama Celebration party has been organised at his Private Lounge where Jah Prayzah, will be sharing the stage with Sulumani Chimbetu and Guspy Warrior.
Ammara Brown will guest at the festivities to perform her duet with Jah Prayzah titled Kure Kure which is currently causing ripples on the market.
The event in Bulawayo was much improved than the previous editions and it looks like finally the National Arts Council of Zimbabwe.
Full List of winners of the 13th edition
of the National Merit Awards
LITERARY AWARDS