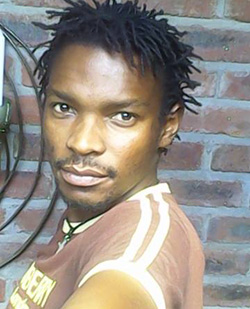 A LITTLE over two decades ago, Darlington Matambanadzo was being spoken of as a future all-rounder in Zimbabwe’s Test cricket team.
Back then, few would have imagined him now, aged 39, to be reduced to denying taking cheap drugs following publication of an article which he now claims has cost him a young relationship with a British woman he was dating.
“My brother’s son sent me the link after the story was published, he said ‘uncle, how can you say such stuff to a reporter?’. I told him it had not been interviewed, the reporter was introduced to me by a friend of mine. Yes, I spoke to him, but I never admitted to taking drugs. Yes, I like to have fun and I drink a lot, but I’ve never taken drugs in my entire life,” explains Matambanadzo.
“It cost me my relationship. She’s from England. We met at Alliance Francais here in Harare and we both fell for each other. That article was the final straw. The first was some few weeks ago. She lives in Tanzania, so she invited me there.
“I bought my bus ticket and I was actually on my way to Roadport to board the bus when some guys I was trying to facilitate a deal for called me and said they wanted me to be with them for the next two days.
“So I said to myself I can’t walk out on money. I told her what had happened and promised to fly to Tanzania if the deal came through. She wasn’t happy. But 10 days after we’d made up, this article came out.
“It was a blow. I actually sent her the link because I didn’t want her to see it first from other sources. I tried to explain to her that I’m not into that kind of stuff, but she did not believe it.”
These days, Matambanadzo’s daily hangout is National Arts Gallery on Julius Nyerere Way, where he idles away time in the midst of high unemployment in the country.
Comfortable childhood