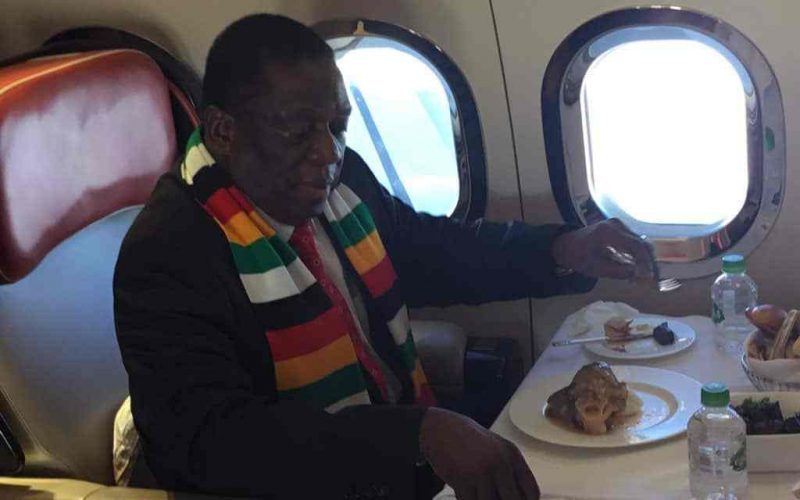 BARELY three months after telling the nation to eat vegetables and potatoes, because the country was going through tough economic challenges, President Emmerson Mnangagwa told thousands of villagers gathered at his Kwekwe farm that he only ate meat with his meals.

On Thursday, Mnangagwa organised a field day at his Precabe Farm where scores of government ministers were on tow to marvel at their boss’ farming prowess.

Also in attendance were villagers from the local community.

During his address, Mnangagwa could not hide his love for meat to go along with his meals.

“At this farm, we have plenty of livestock including cattle, sheep, goats, pigs and countless poultry. From all those we eat whatever, we want when we feel like,” he told his guests.

“Here we say production, production and trade. So to add value to the crops we produce here, we moved to processing and marketing. We chose maize and wheat which we value-add.

“If we all show interest in farming we can kick hunger out of the country. If we embrace new forms of farming, our country will be food sufficient,” he said.

Early this year, Mnangagwa shocked Zimbabweans when he urged them to eat vegetables and potatoes because the country was facing economic challenges and doctors encouraged people not to eat meat as it was unhealthy.

“Ahh! Meat! How about vegetables? Doctors recommend that people should eat vegetables. Doctors want you to eat vegetables so that you will be healthy, meat is not good for you,” Mnangagwa told Kuwadzana residents in Harare who had complained that meat was now expensive.

“I think I beg to differ. I listen to what the doctors say that’s why I eat vegetables.”